Currently in an impressive third position in Spain’s La Liga, RCD Espanyol switched kit providers from Joma to Kelme this past summer. 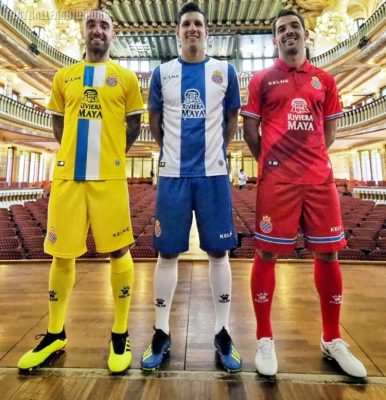 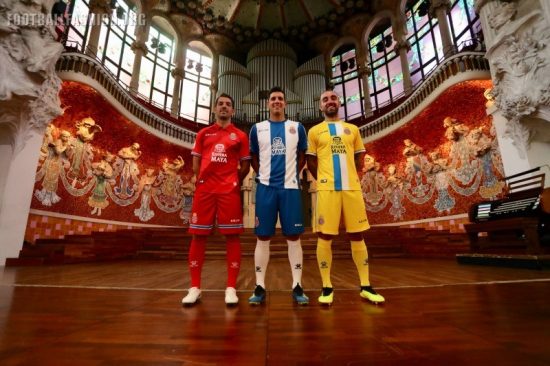 The Espanyol 2018/19 Kelme kit feautres their well-known blue and white stripes on a modern crewneck design. The stripes widths are wide this year as the club continues to favor a three stripes look on its front. 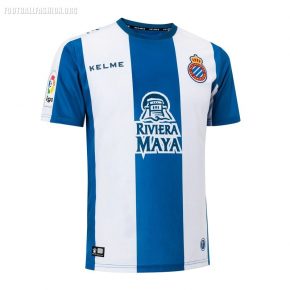 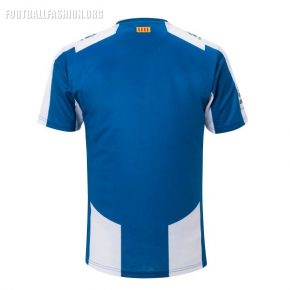 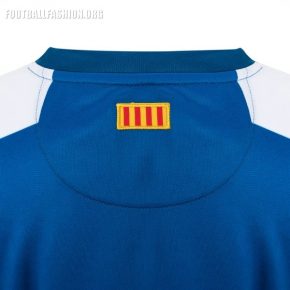 The RCD Espanyol 18/19 away shirt is a polo collared top with a series of tonal diagontal stripe son its front. The stripes use three different shades of red. The darkest shade matches to collar while the lightest is also used for the sleeve cuffs. The club’s blue and white primary colors appear on the sleeve cuffs. 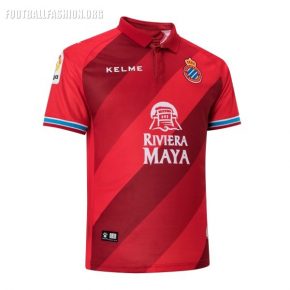 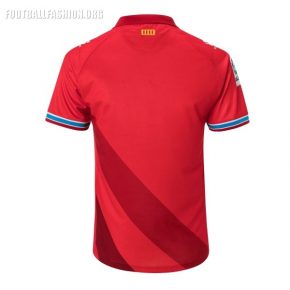 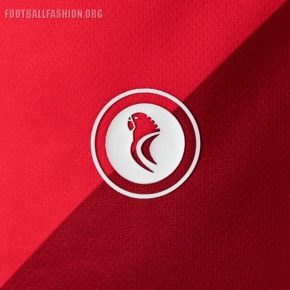 Espanyol’s new third kit has a yellow base with a band in their blue and white on its mid front. It uses the same rounded neck Kelme design as the home jersey.

The Catalan flag is embroidered on the signoff area of all three kits as a symbol of regional pride. 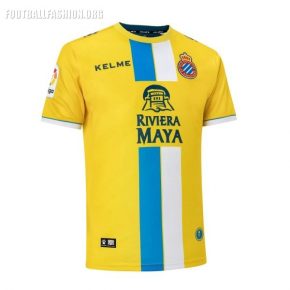 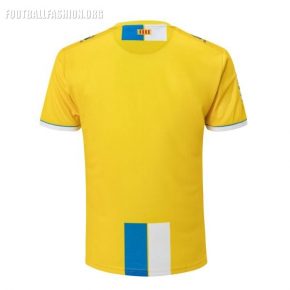 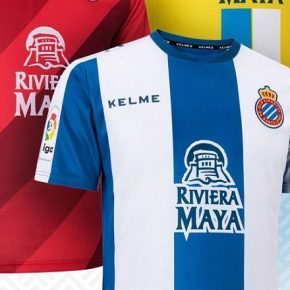