Cambodia’s 2018/19 away kit has been launched ahead of their 2018 AFF Suzuki Cup opener against Malaysia on Thursday. 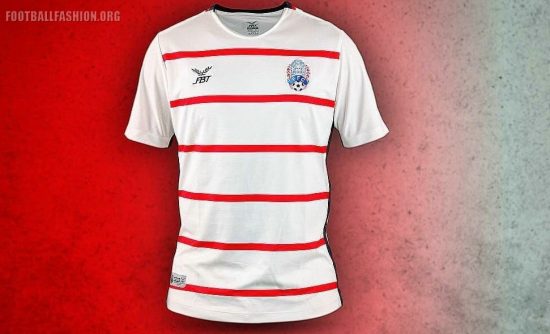 The new shirt joins the team’s 18/19 home jersey in their match range for the next twelve months. 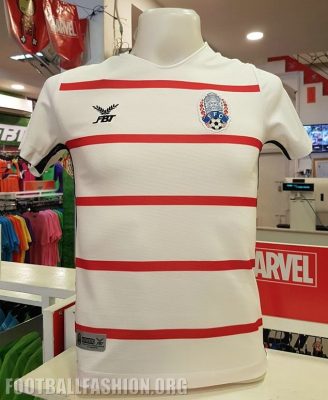 Provided by Thai sportswear firm FBT, is mainly white with a series of red stripes in the red of the Cambodian national flag on its front. 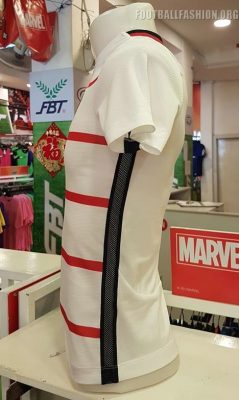 The Cambodia 2018/19 FBT away kit has a modern v-neck design that resembles Nike’s Vapor shirt template. 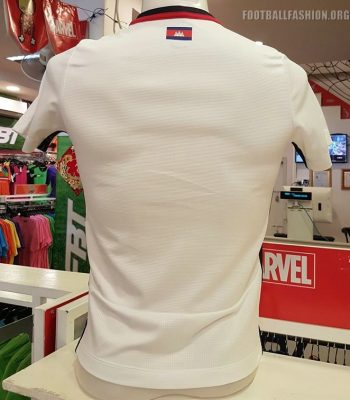 Dark blue and red trim the rear collar. Dark blue stripes run along the jersey’s flanks and under arms. 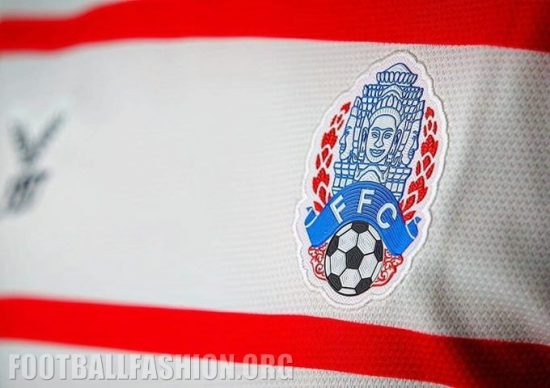 As is the case with the new Cambodian home kit, the nation’s flag is printed on its upper back. 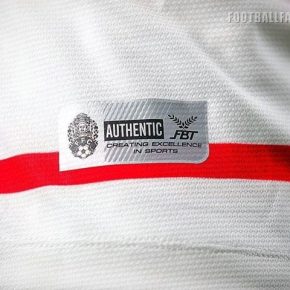 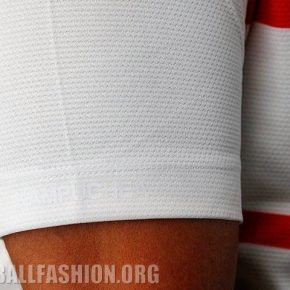 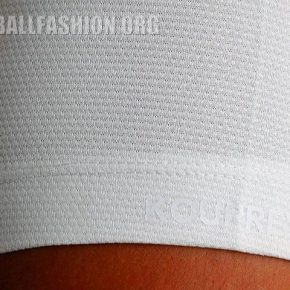 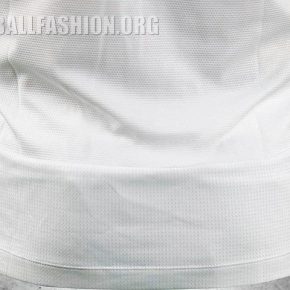 Managed by former AC Milan and CSKA Moscow attacker Keisuke Honda, Cambodia is pooled with Laos, Malaysia, Myanmar and Vietnam in Group A of the 2018 AFF Championship.