Known for their history of success in the Belgian Pro League and for producing Belgium 2018 World Cup stars such as Romelu Lukaku and Vincent Kmpany, RSC Anderlecht have dropped their 2018/19 home kit by adidas Football. 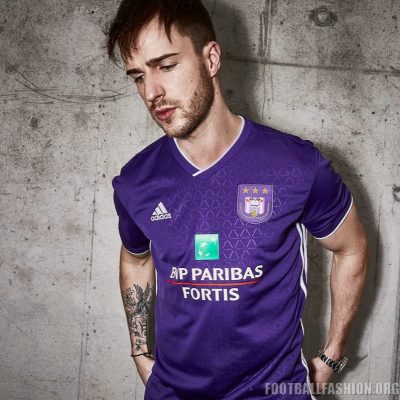 In the traditonal primary purple with white accents of Anderlecht, the 18/19 shirt will make its debut on July 21st in a pre-season friendly against French club Stade Rennais. 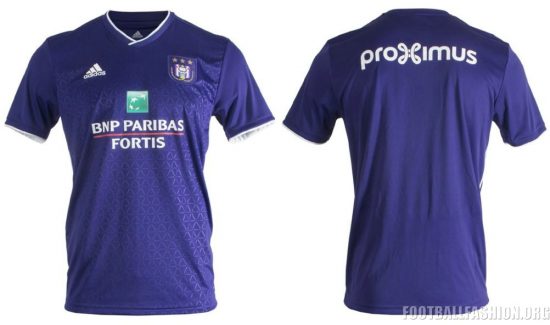 The RSC Anderlecht 2018/19 home kit uses a new v-neck design from adidas. The white accents on the uniform include the collar and sleeve cuff trim and adidas stripes running along its flanks. 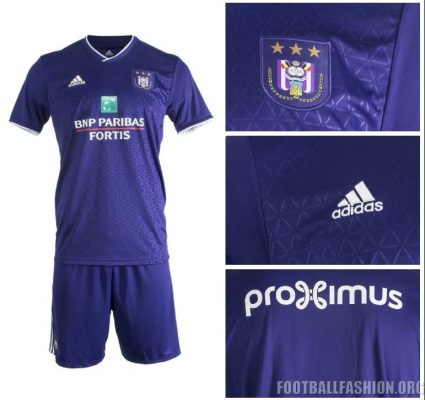 A series of embossed triangles on the front of the shirt represent the usual passing patterns that characterize Anderlecht’s attacking game. “As A Champion” is pirnted in white on the kit’s signoff area to represent the winning mentality of the club.