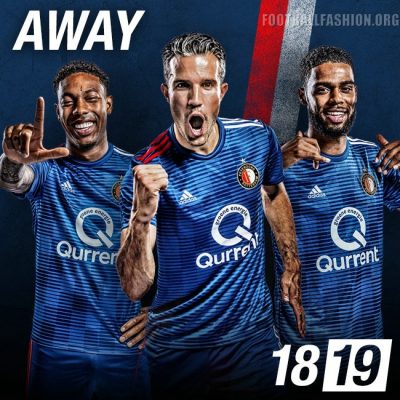 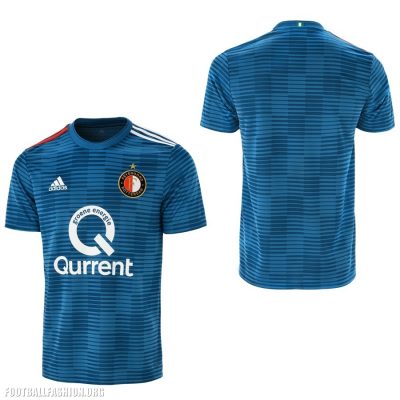 The Feyenoord 18/19 away shirt uses a checkered version of adidas’ now ubiquitous Condivo 18 design. It is customized for the club via shoulder stripes in Feyenoord’s primary red and white and a stylized version of the city of Rotterdam’s flag on its rear outside collar. The jersey is matched with blue shorts and socks. 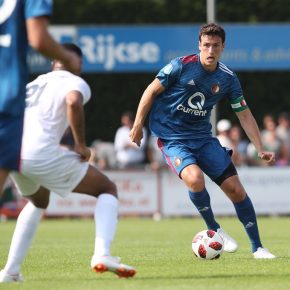 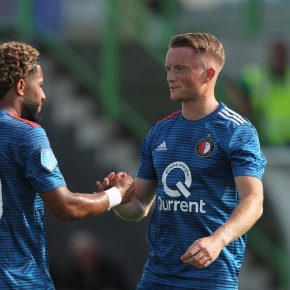 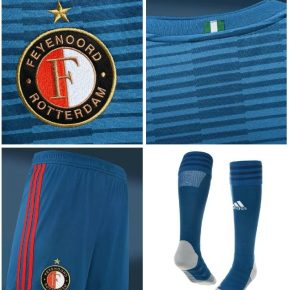 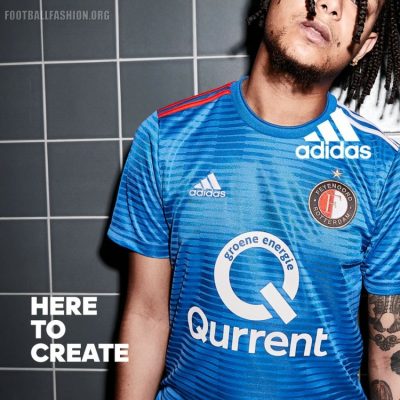 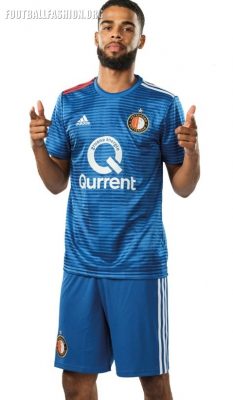 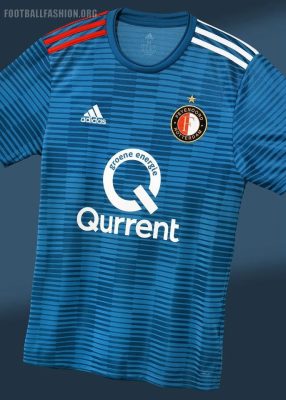