UEFA Europa League finalists are celebrating the 25th Anniversary of their 1993 Champions League title with a reissue of the adidas home kit that they wore when they upset heavily favored AC Milan in Munich. 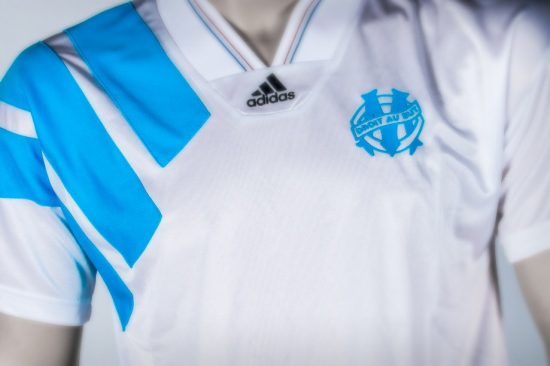 The shirt is as faithful recreation of the jersey worn by the likes of Marcel Desailly, Rudi Völler andDidier Deschamps that has been adjusted for today’s modern fits instead of the oversized kit designs of the 1990s. 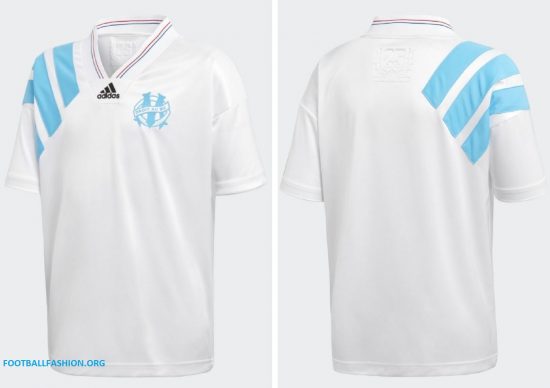 The OM 1992/93 adidas home kit reissue has the white base and oversized right shoulder stripes of its predecessor. It also has a 90s era ribbed v-neck with the adidas logo at its bottom. Olympique Marseille’s UEFA Champions League Winners 25th Anniversary graphic is embossed on the outside upper back. The jersey has no sponsor logo since the UEFA did not allow commercial logos on shirts in 1993. 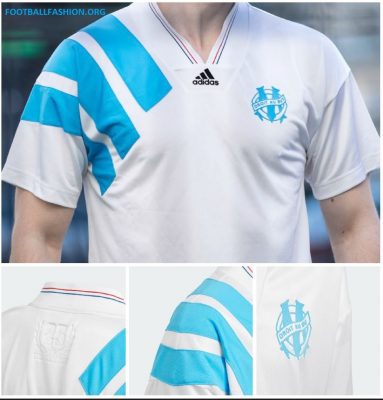