Reigning Korean FA Cup champions Ulsan Hyundai FC switched technical sponsors from adidas to hummel during their offseason. The former AFC Champions League winners have since returned to action in the 2018 home and away kits from the Danish sportswear firm. 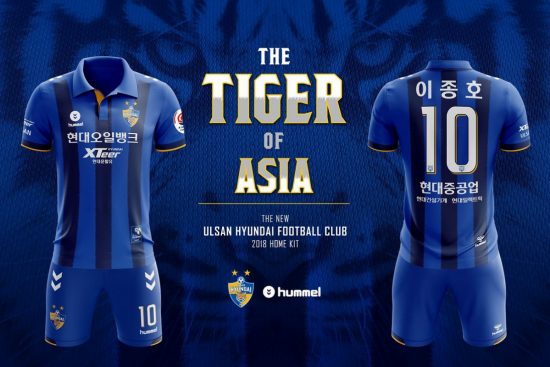 Released under the theme “The Tiger of Asia”, the Ulsan Hyundai 2018 primary and secondary jerseys use a clever design from hummel featuring an oversized polo collar with a buttonless placket. Gold appears on the inside of the placket and at the sleeves edges. 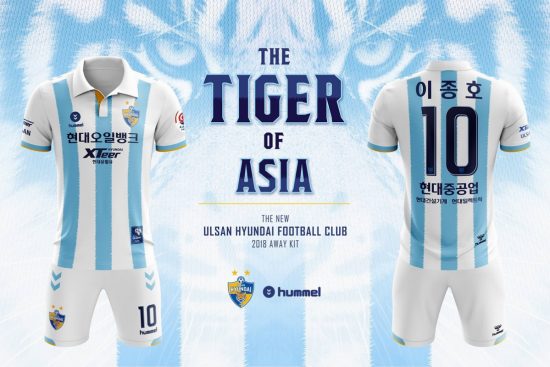 The Ulsan Hundai 2018 hummel home shirt sees the blue back in alternating royal and dark blue stripes for the first time since 2015. The away kit  also emulates the team’s look of three seasons ago via sky blue and white vertical stripes. 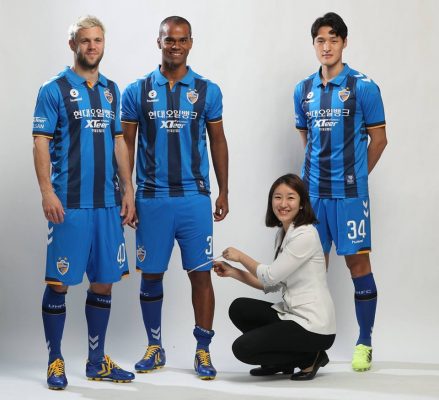 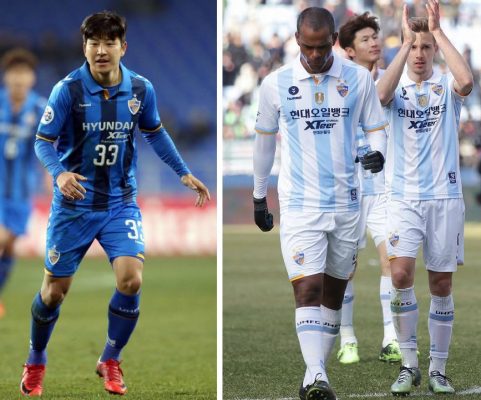 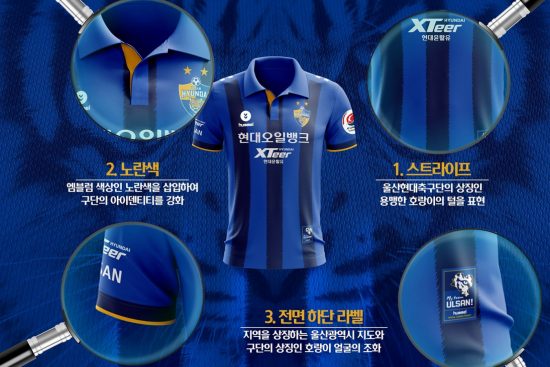