Nike Football has released the Greece 2018/19 home and away kits. Both will be on sale at World Soccer Shop,  UK Soccer Shop, Lovell Soccer, Pro:Direct Soccer, Subside Sports and Kitbag. 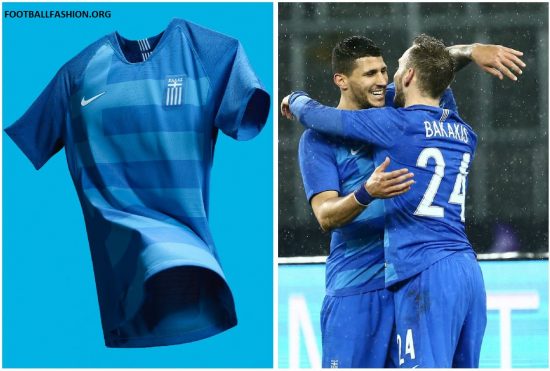 According to Nike:: The Greek national team is renowned for hard work, determination and organization, and those traits shine through in a new Nike collection that celebrates the tireless endeavor of one of European football’s great overachievers. 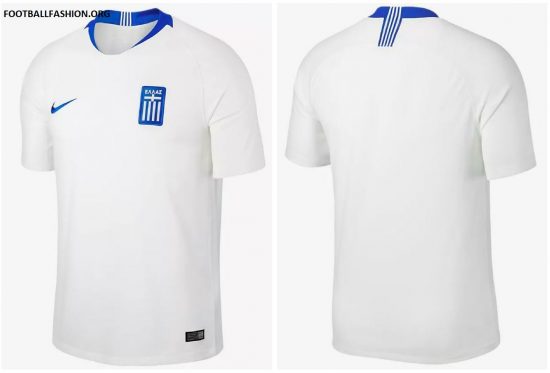 European champions in 2004, the Greeks traditionally boast a resolve few can match, and while a play-off defeat means they will be absent in 2018 FIFA World Cup Russia this summer, the team looks to rebound in the next qualification cycle. 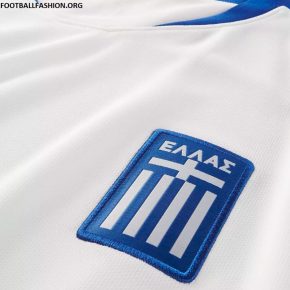 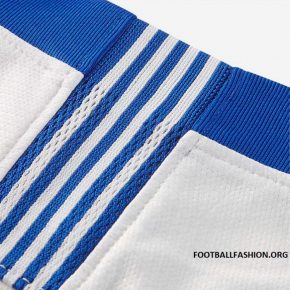 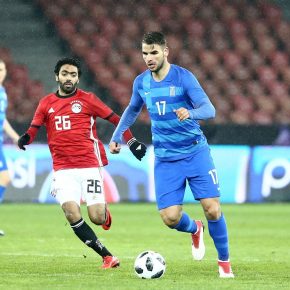 For 2018, the Hellenic Football Federation launches a collection of kits and apparel that embodies the team’s integrity and togetherness. The Greece 2018/19 home kit celebrates the country’s unity and pride thorough the use of two shades of blue, which forms the Hellenic flag with the cross on the right breast. 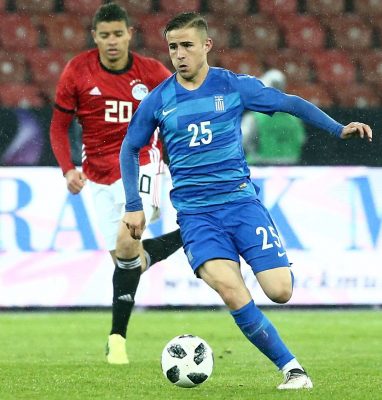 The Greek 18/19 Nike away kit is a classic white design with blue trimmings; the Hellenic football federation’s badge sits prominently on the shirt’s breast.