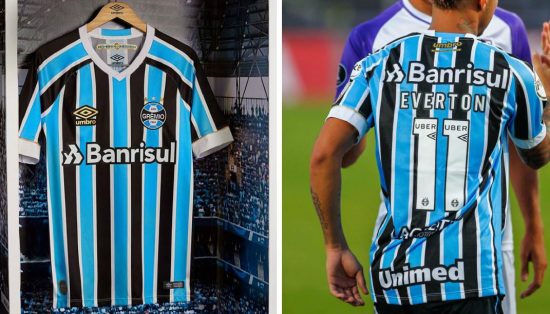 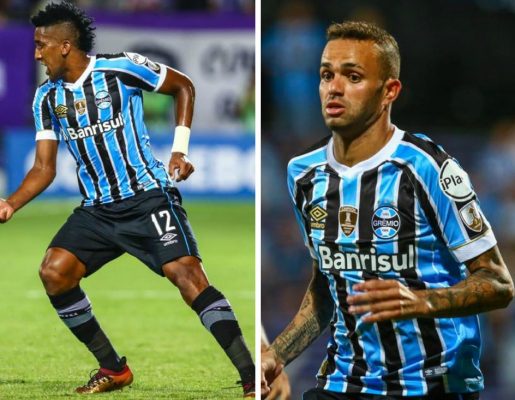 This year’s edition of the shirt features the stripes through out the kit including its sleeves and shoulders. The collar and sleeve cuffs of the jersey are white. Umbro diamonds are embossed on the cuffs. 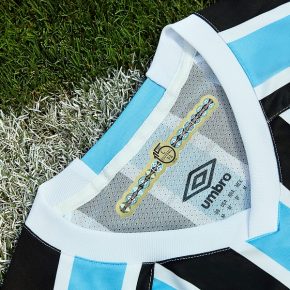 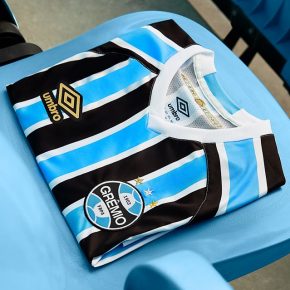 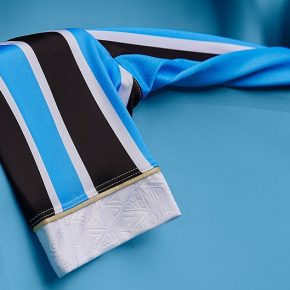 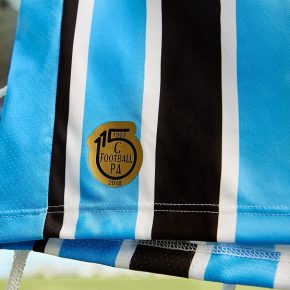 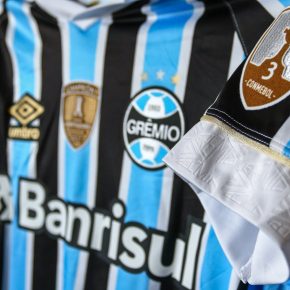 Grêmio’s 115th Anniversary is celebrated with a print that shows the evolution of their crest through the years on the inside neck area of the shirt. A retro-styled anniversary graphic appears at the middle of the print and on the kit’s lower front right. 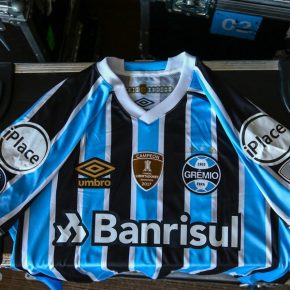 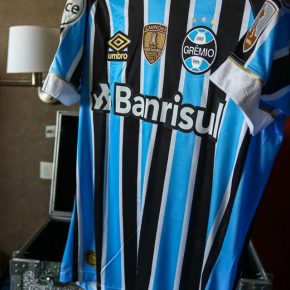 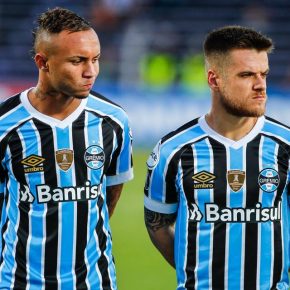 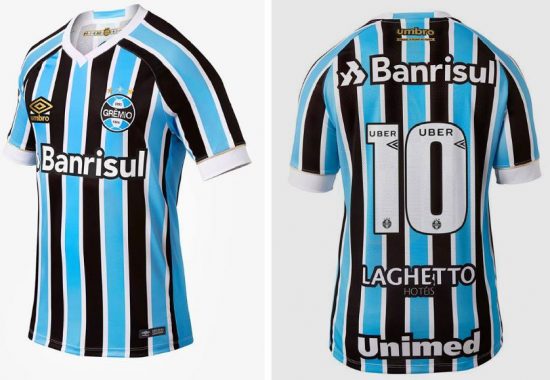 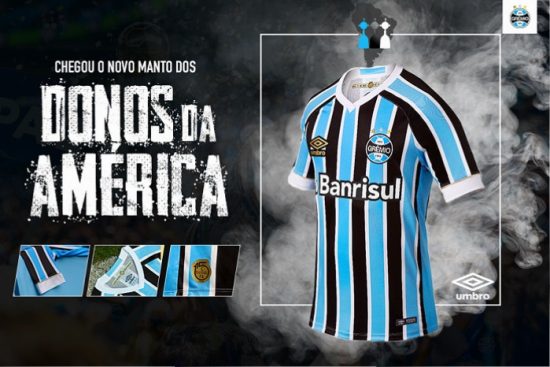