Regrouping five-time Major League Soccer champions LA Galaxy held their 2018 home jersey launch party on Sunday night at L.A. Live. The new adidas shirt was the highlight of an event that saw many of the club’s classic kits on on show. 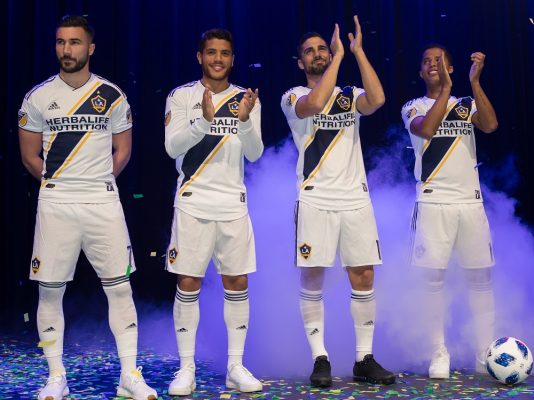 Released using the hashtah #SINCE96 in recognition of the team’s twenty two year history, the LA Galaxy 2018 adidas home jersey will be on sale at World Soccer Shop, Kitbag, Pro:Direct Soccer and UK Soccer Shop along with their 2017/18 away kit. The white primary shirt was modeled by Galaxy stars Giovani dos Santos, Jonathan dos Santos and Romain Alessandrini. 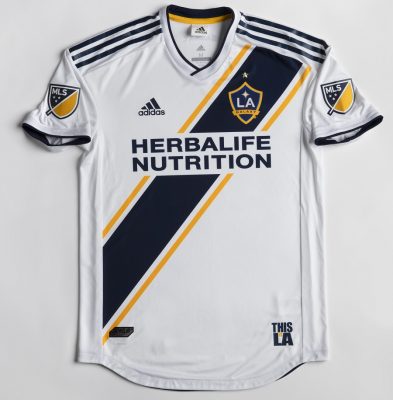 According to the LA Galaxy: The jersey was designed by adidas with consideration of what a kit can represent, providing a way for the club to communicate its identity and history. The iconic LA Galaxy sash is back, with a bold navy sash enclosed by a thin, gold sash on each side. 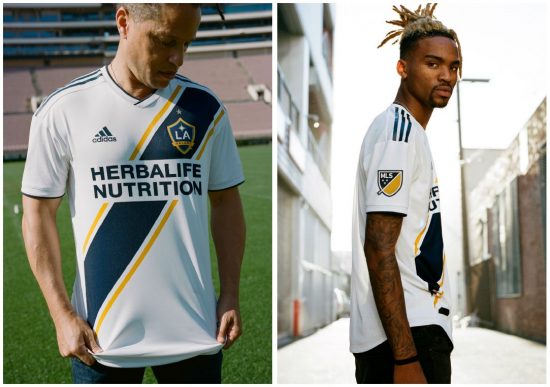 The signature “This Is LA” jock tag returns, as does “Galaxy” just below the back neckline, complete with a quasar. Over the heart, the golden star at the top of the crest represents LA Galaxy’s five MLS Cup wins, the only club in MLS to rep such a feature. 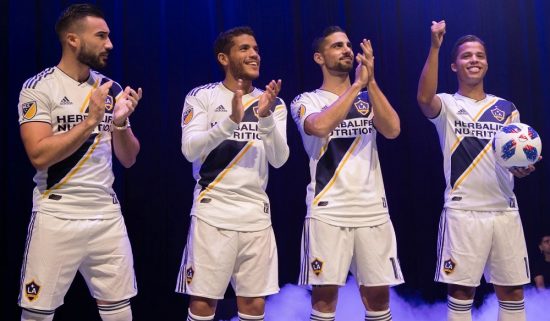 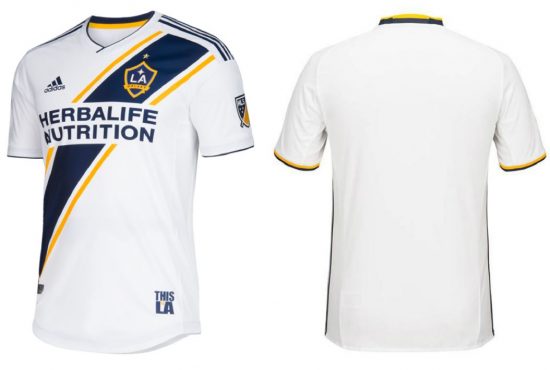