Colombia debuted their 2018 World Cup adidas home kit during their controversial 2-1 loss to Korea in Suwon on Friday. The new Los Cafeteros (The Coffee Growers) primary jersey is also expected to feature when they meet China in Chongqing this coming Tuesday. 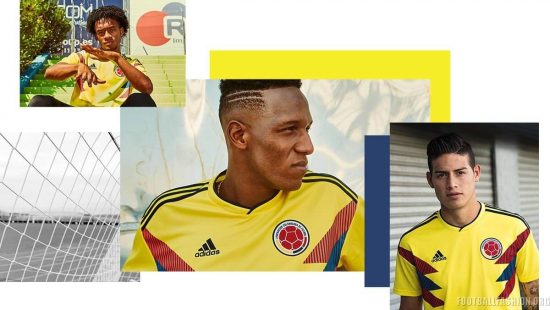 A contemporary take on their iconic adidas home shirt from the 1990 FIFA World Cup in Italy, the new Colombia jersey features a late 1980s / early 1990s inspired blue and red graphic design on the side of the kit highlighting the Colombian flag colors while reinterpreting and referencing the design from the 90s. It maintains the traditional yellow base of the Colombian home kit. 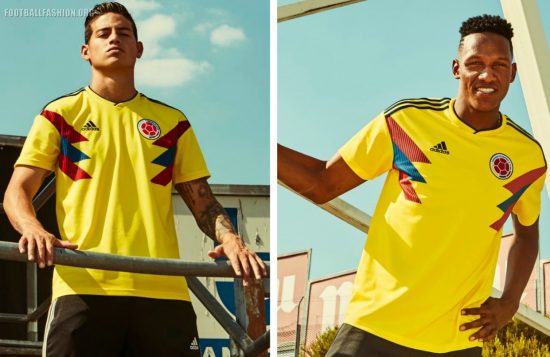 The Colombia 2018 World Cup adidas home kit has a ribbed v-neck collar that is trimmed in dark blue. Navy blue adidas stripes run along its shoulders. The jersey features a sign-off on the back of the neck which reads “UNIDOS POR UN PAIS”, translating to “United as one Nation”. It is matched with dark blue shorts and red socks. 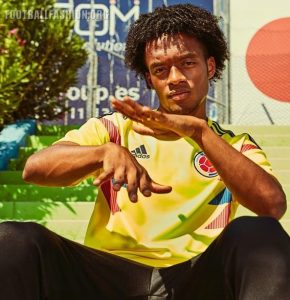 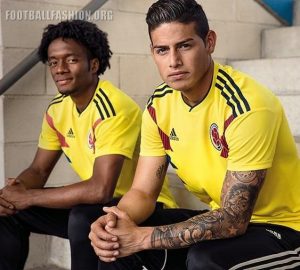 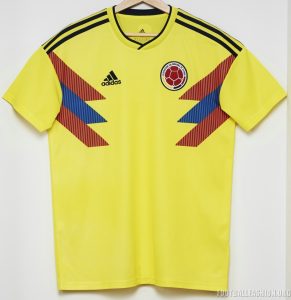 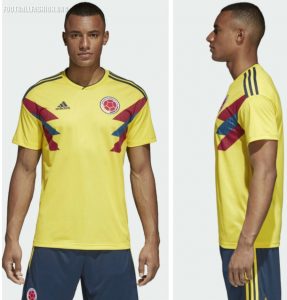 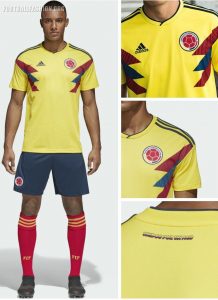 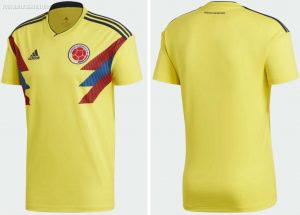 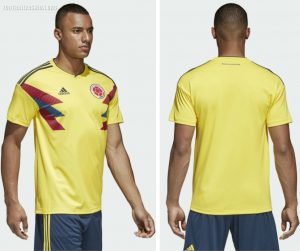