adidas Originals have released their second Manchester United Football Club 1990s-inspired retro kit of 2017. Like the Red Devils’ first throwback shirt of the year, the jersey is inspired by the away kit worn by the club from 1990 to 1992. This time around it is a modern interpretation of the classic football shirt. 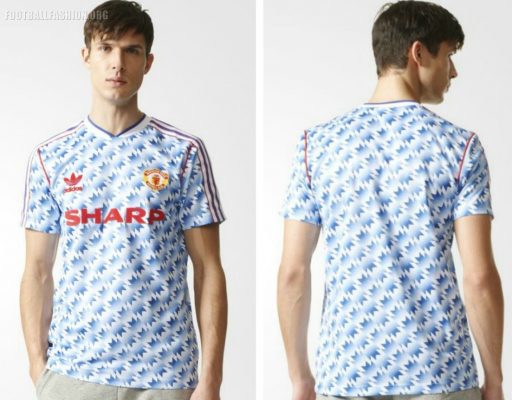 The jersey captures the detail of United’s 90/92 alternate kit in vivid detail. This includes its blue and white colorway, Aztec-style print and piping details on the shoulders. The shirt is made in polyester piqué. The logo of shirt sponsor of the era, Sharp, appears on the chest along with the classic adidas Trefoil and the iconic Manchester United crest. A strip with white adidas stripes trimmed in red and separated by blue runs along the sleeves. It matches with the kit’s ribbed v-neck collar. 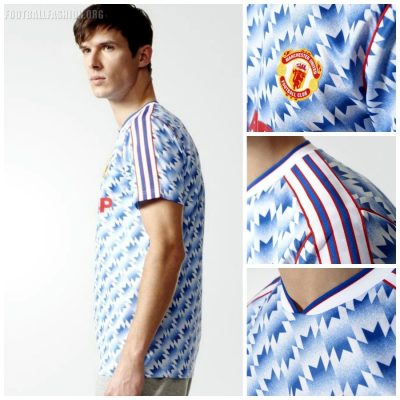