Still in the mix for the 2017 Campeonato Brasileiro Série and Copa Libertadores titles, Grêmio Foot-Ball Porto Alegrense debuted their 17/18 third kit from Umbro Brasil during their 1-0 home win against Fluminense on Sunday. 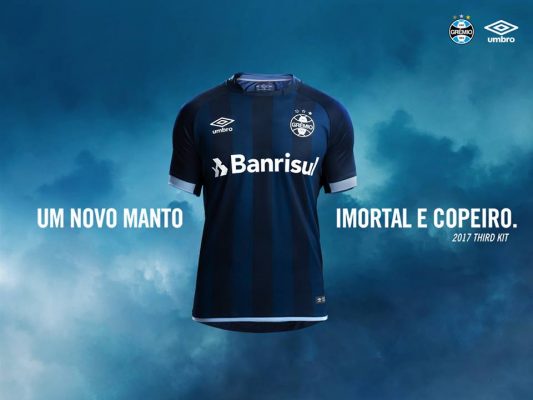 The top has a modern rounded collar with a standing portion beyond its front. Three stars appear above the Gremio crest in recognition of their two Copa Libertadores and one Intercontinental Cup (the predecessor to the FIFA World Club Cup) championships. 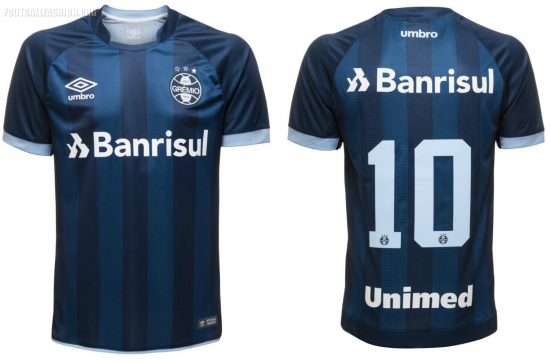 Currently in third place in Série A and into the Libertadores semis, Grêmio released their 2017/18 Umbro home and away kits in March.