Parma Calcio 1913 are now in Italy’s Serie B following consecutive promotions over the past two seasons. The latest incarnation of three-time Coppa Italia and two-time UEFA Europa Cup (now the Europa League) winners kick off their season against Cremonese tomorrow at the  Stadio Ennio Tardini. 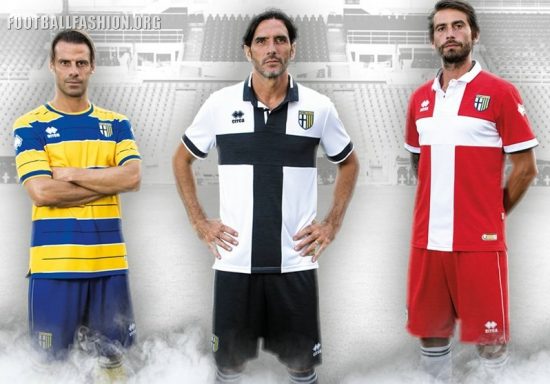 Parma is once again outfitted by longtime technical partner Errea. They will don a three kit collection from the local firm as they seek a return to Serie A.

Parma’s 2017/18 home kit maintains their traditional white base with a large black cross on its front. The club’s third shirt uses the same look with a red base and a white cross. Both jerseys use a new polo collared design from Errea. 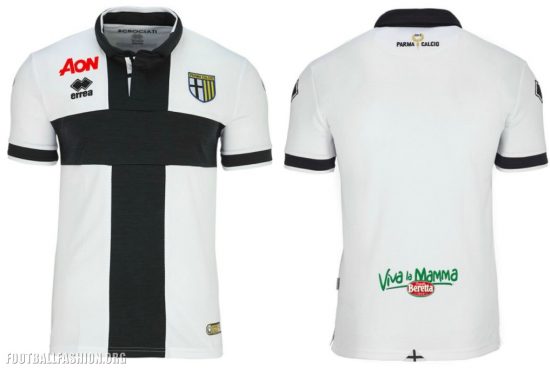 The Parma 17/18 Errea away kit also follows traditional with its yellow and blue hoops. It is inspired by the alternate shirt worn by the likes of Fabio Cannavaro, Dino Baggio, Lilian Thuram, Juan Sebastián Verón and Hernán Crespo in the 1998/99 Coppa Italia and UEFA Cup Finals. 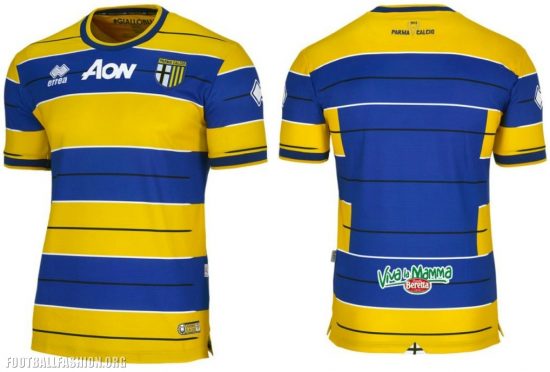 The hashtag #Gialloblu (Yellow Blue) is printed on the inside neckline of all three kits while a Parma Calcio 1913 graphic appears on their outside upper backs. 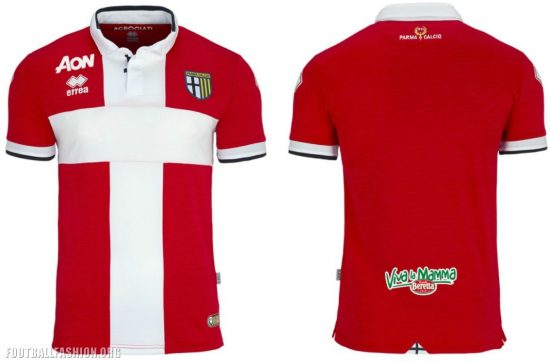