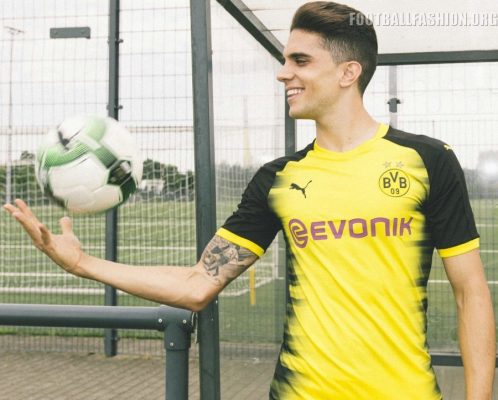 The shirt is also called the BVB 17/18 International jersey in case the team finishes in third place in the UCL group stage and ends up in the UEFA Europa League Round of 32. It will be on sale at World Soccer Shop, Kitbag, Subside Sports, Lovell Soccer, Pro:Direct Soccer and UK Soccer Shop along with their new Bundeliga home, away and third shirts. 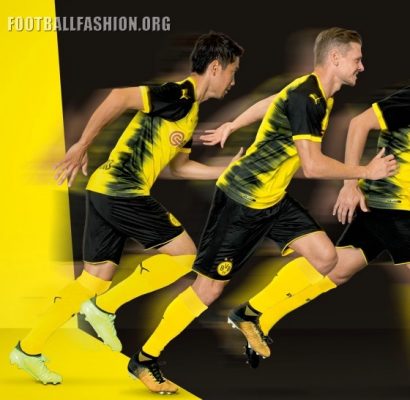 The Borussia Dortmund 2017/18 UEFA Champions League home kit is mainly yellow with black sleeves and shoulders. A series of stripes with a motion effect appear of the front and back sides of the shirt. 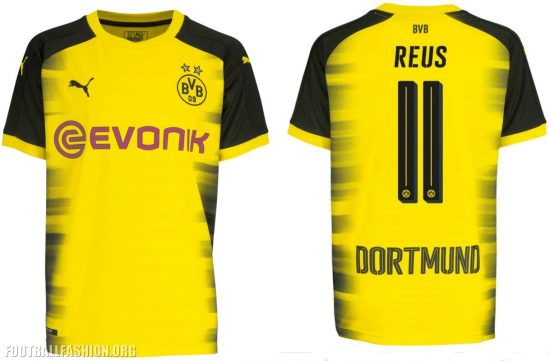 The are inspired by the rapid movement of BVB’s players on the pitch.  The kit uses a new PUMA design featuring a classic football shirt ribbed, overlapping collar.

Dortmund’s new international jersey will be with either yellow or black shorts and yellow socks. 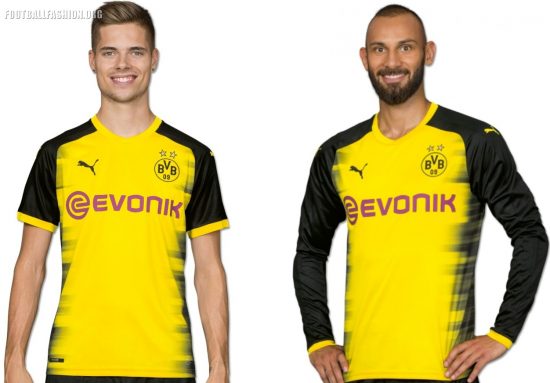 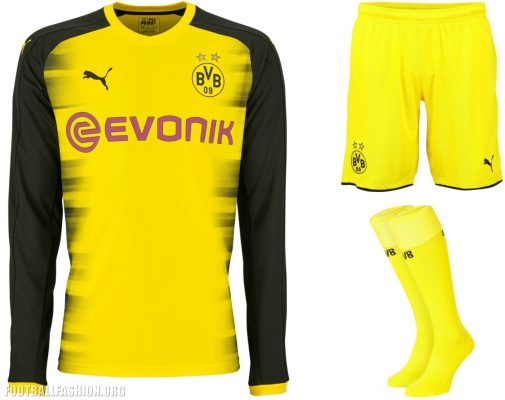 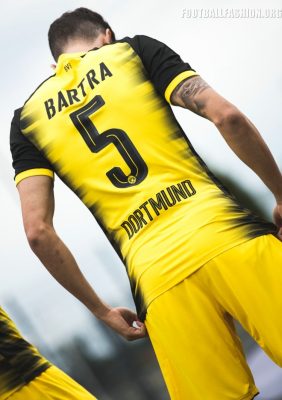