The RCD Espanyol 17/18 home kit departs from the club’s usual primary blue and white stripes in favor of blue based colorway. 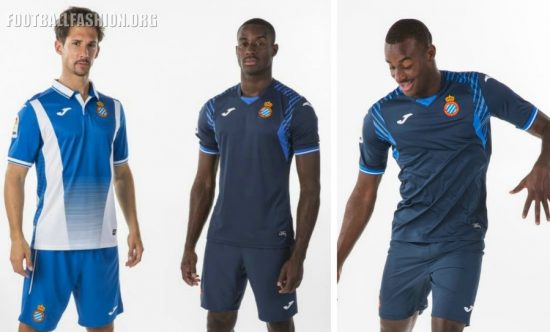 The jersey has a classic feel thanks to its polo collar and buttonless placket. White is used for the collar, most of the sleeve cuffs and flashes at the front sides. 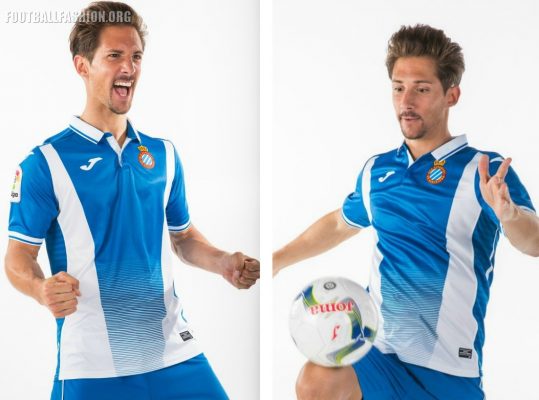 Espanyol’s 2017/18 Joma away kit is dark blue with detailing in a lighter shade of the color throughout. The third shirt is the only of the team’s new shirts to feature a striped look. 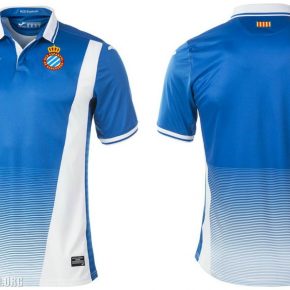 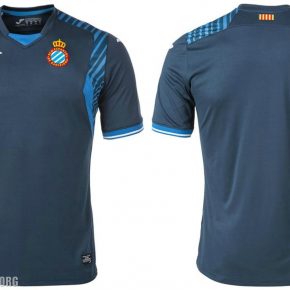 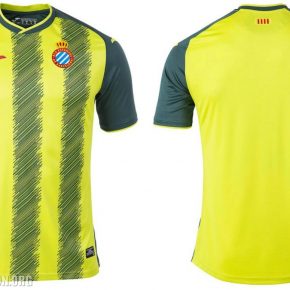 It has a classic overlapping v-neck soccer jersey design with a yellow base. It sleeves and shoulders are dark blue along with the diagonal lines forming its stripes.