Cagliari Calcio debuted their 2017/18 home kit during their season-closing win over AC Milan. The victory saw the team from Sardinia finish in eleventh place in the Italian Serie A table in their first season back in the league following their promotion from as Serie B champions at the end of their 2015/16 campaign. 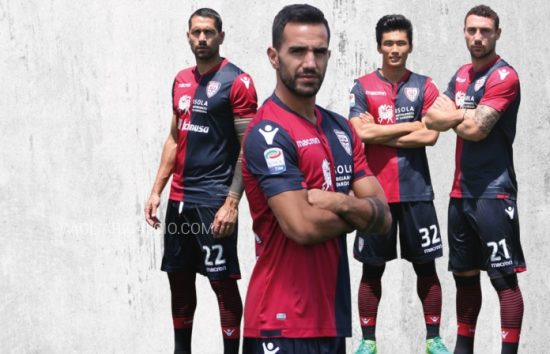 The Cagliari 2017/18 home kit features the club’s traditonal red and blue halves on a new Macron design that has an eye-catching rounded collar that splits to a v-shape on its chest. The red and blue are used for contrast on it jersey’s sleeve cuffs, waistline and collar. 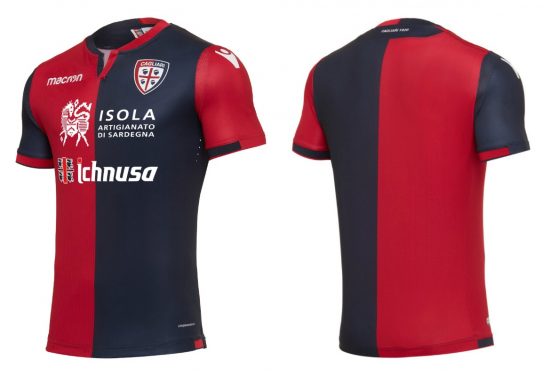 “Cagliari 1920” is printed on the signoff area of the shirt in recognition of the year of the team’s founding. The kit is matched with dark blue shorts and red and blue socks. 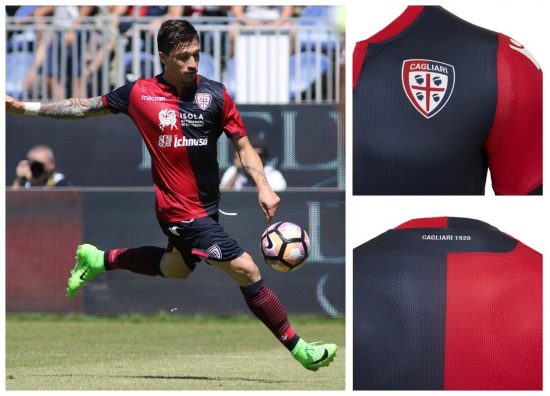 Serie A champions in 1970, Cagliari has featured internationals such as Gianfranco Zola (Italy), Radja Nainggolan (Belgium), Patrick M’Boma (Cameroon) and Enzo Francescoli (Uruguay) over the past three decades.