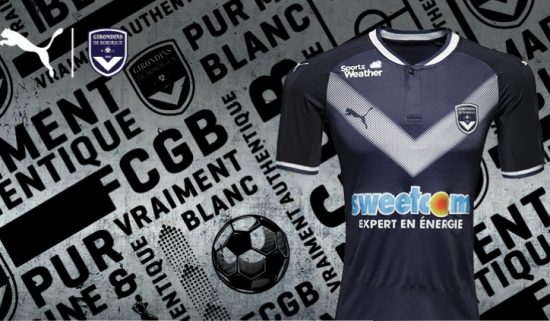 Now in sixth place in France’s top division of soccer with two matches to play in the season, Girondins new primary shirt is in their well-known dark blue with a white v-shape on the chest. The 17/18 edition of the jersey sees a series of navy blue dots incorporated into the V. The side stripes of the accompanying shorts have the same effect. 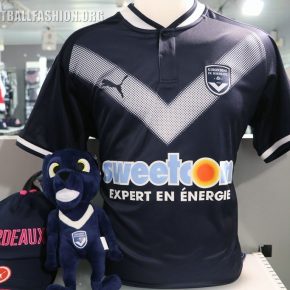 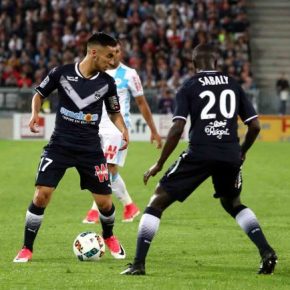 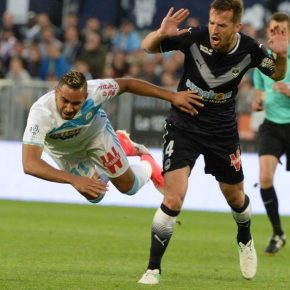 The Girondins de Bordeaux 2017/18 home kit uses a new design from PUMA featuring a modern Henley collar.  The collar and the shirt’s sleeve cuffs combine the dark blue and white of the Bordeaux crest. Ventilated PUMA T7 stripes runs along the sleeves and shoulders with the firm’s famous cat logo on them. 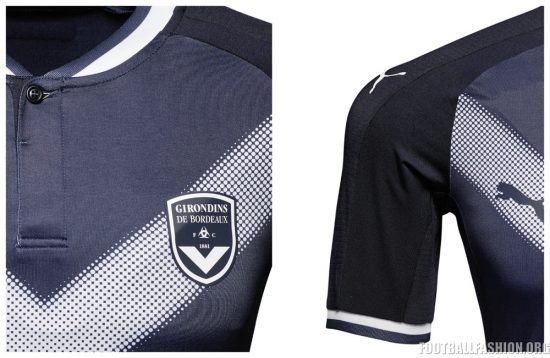 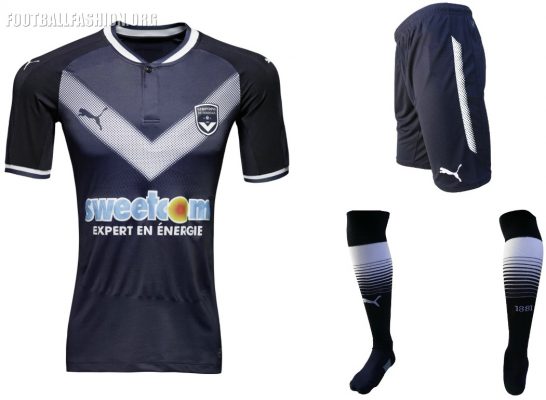