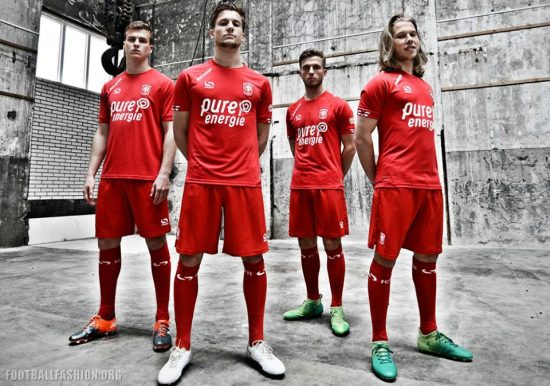 The Tukkers new primary kit is in their traditional red with white detailing. It uses a bespoke modern roundneck design from Sondico. An embroidered red and white design taken from the city of Enschede’s coat of arms appears on the outside sleeve cuffs of the shirt. 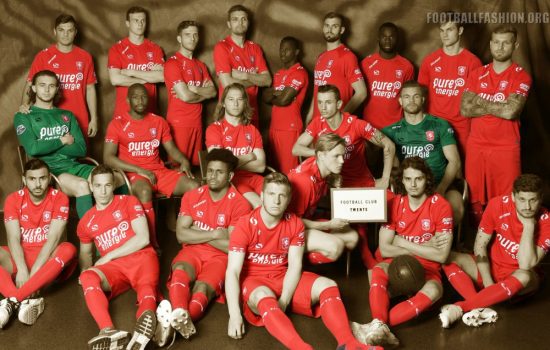 “FC TWENTE” is embroidered on a white insert on the rear of the collar while “FC TWENTE 1965” is embossed on the lower back waistline.

The FC Twente 2017/18 Sondico home uniform is completed with red shorts and socks. 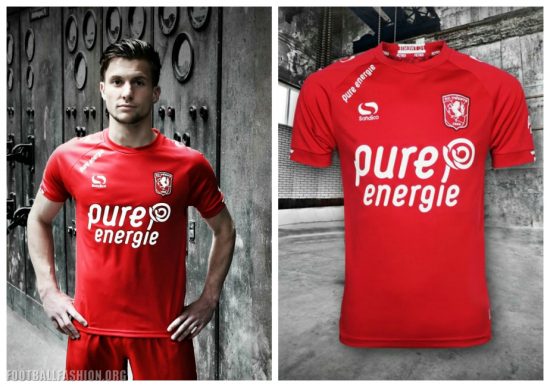 FC Twente’s players modeled their primary kit for next season while posing for a recreation of an 1885 picture of Enschedesche Football Club.

Dutch Eredivisie champions in 2010, FC Twente are in seventh place in the league table with one match left in the 2016/17 season.