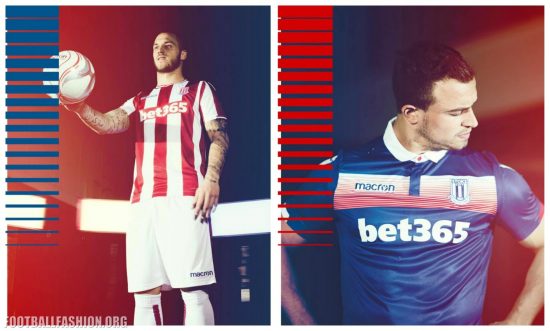 The Potters will debut their new look home uniform when they face Arsenal FC at the bet365 stadium in Barclays Premier League action on May 13th. 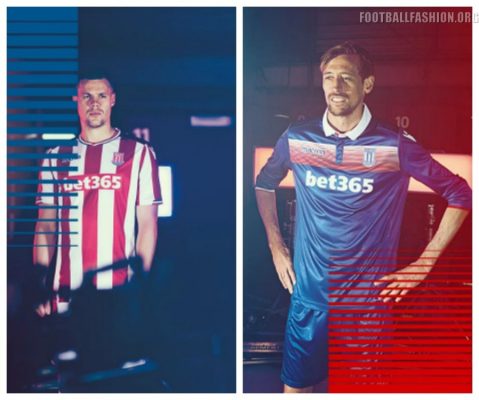 The Stoke City 2017/18 home kit uses a new shirt design from Macron. It is in the club’s famous red and white stripes with a ribbed red, white and blue overlapping v-neck and outside sleeve inserts. The back of the jersey has a large white area for easy visibility of player names and numbers with “THE POTTERS” printed on the back of the collar. 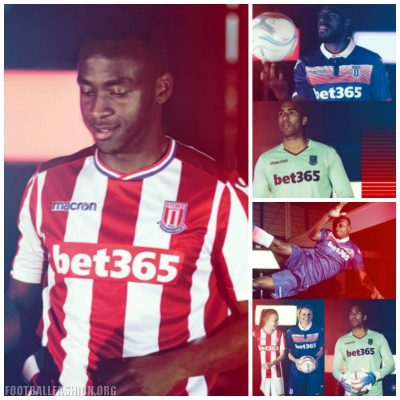 Stoke City’s 17/18 Macron away kit has a more modern feel. The blue polo collared shirt has a striking series of red lines running along a white chest band. The lines thicken from the top of the band to its bottom to create a gradient effect. Its white collar and red and white sleeve inserts add further detail to the new alternate shirt. 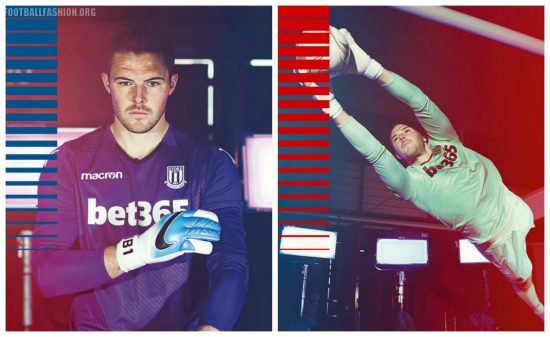 An English Premier League fixture since the 2008/09 season, Stoke City are currently in thirteenth place in the table with two matches left to play in the 2016/17 campaign. 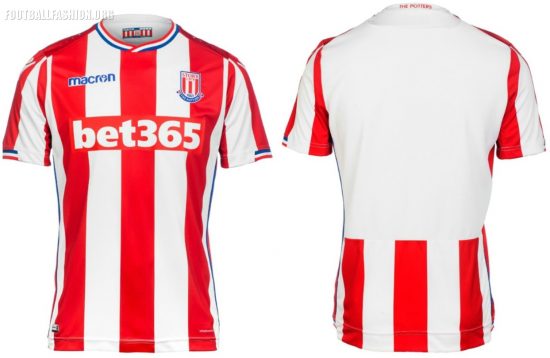 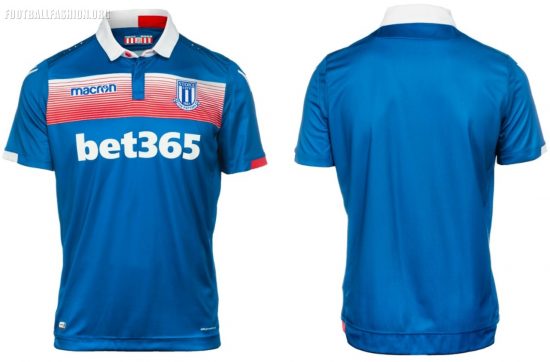 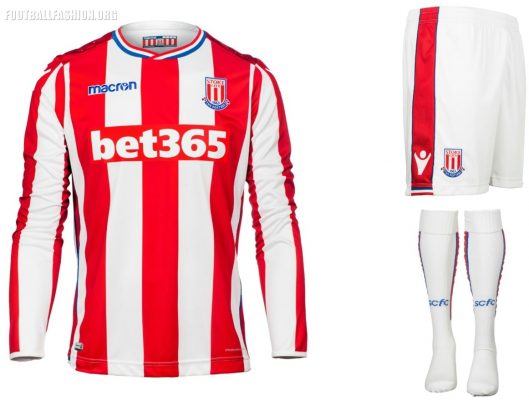 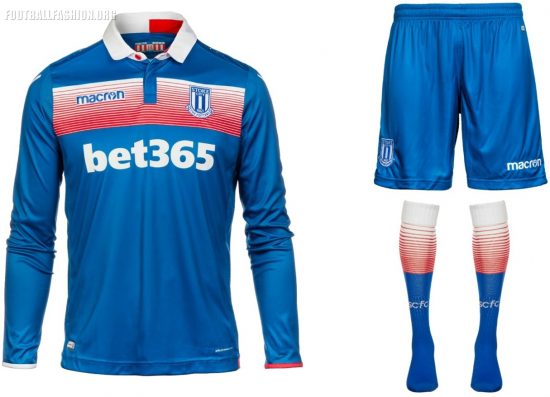