Football Club Utrecht debuted their 2017/18 hummel home kit during Sunday’s 1-0 win over Vitesse in the penultimate round of the ongoing Dutch Eredivisie season. 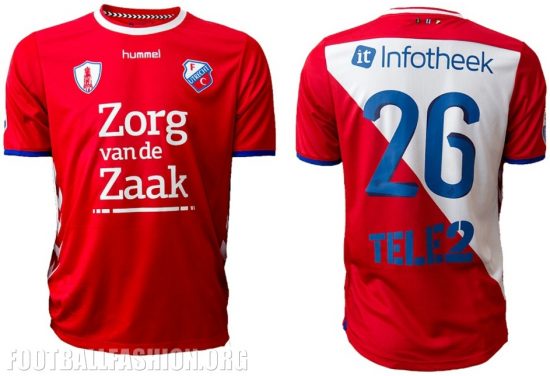 In the midst of a seven game winning streaker, FC Utrecht will wear a primary shirt with an all red front for the second season in succession during their 17/18 campaign. The red and white halves often used for the club’s home kits appears on the back once again.

FC Utrecht’s 2017/18 home jersey uses a new kit design from hummel that features a modern crewneck collar. The white and dark blue of the team’s crest area incorporated into the shirt via its detailing. hummel’s chevrons run down the kit’s side and along its inside neckline.