adidas has released the Russia Women’s EURO 2017 home and away kits. The new shirts will continue to be worn after this summer’s tournament until the end of the 2017/18 international football calendar. 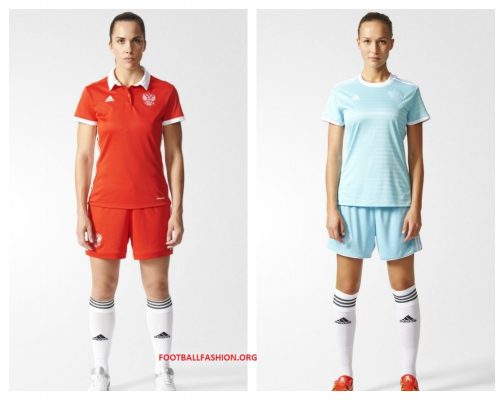 The new Russian women’s adidas home kit was worn during one of two losses to the United States last week. It is the traditional primary red of the Russian Football Union’s national teams. 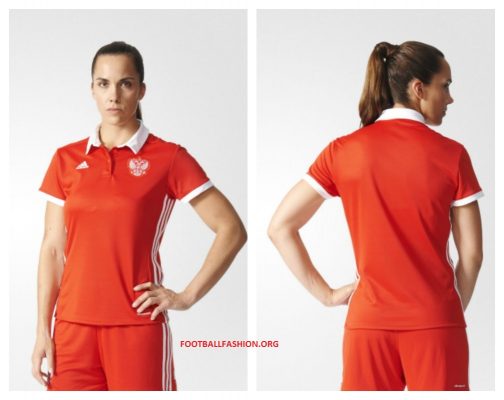 The jersey features a classic polo collar in white that matches the kit’s sleeve cuffs and side stripes. The RFU crest of the shirt is in red and white. 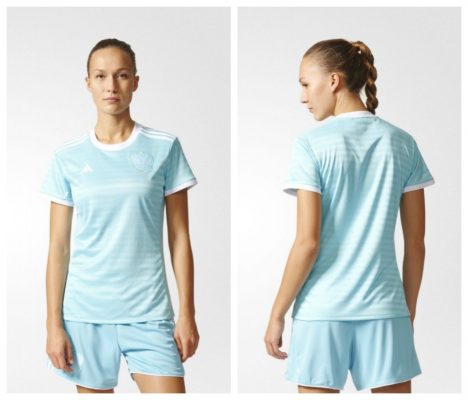 The Russia Women’s EURO 2017 away kit uses a more contemporary design. The jersey is light blue with tonal horizontal stripes on its front and back. White adidas striping runs along its shoulders. The shirt’s rounded neckline, adidas logo and RFU badge are also white.

Russia is pooled with Austria, Beligium and Portugal in Group D of EURO 2017. 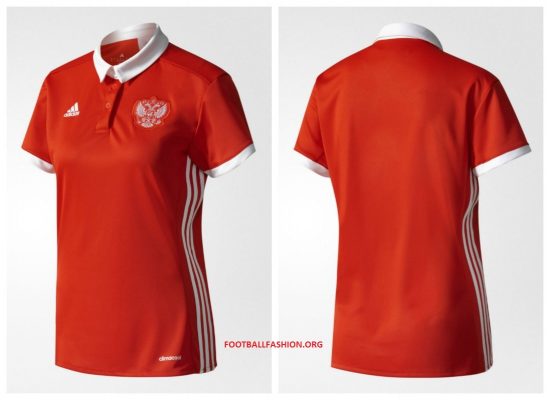 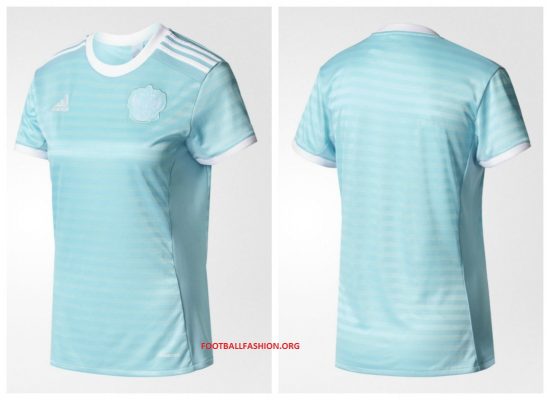 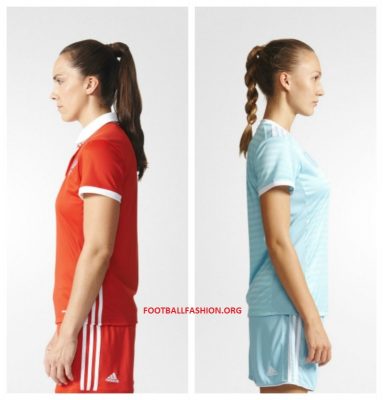