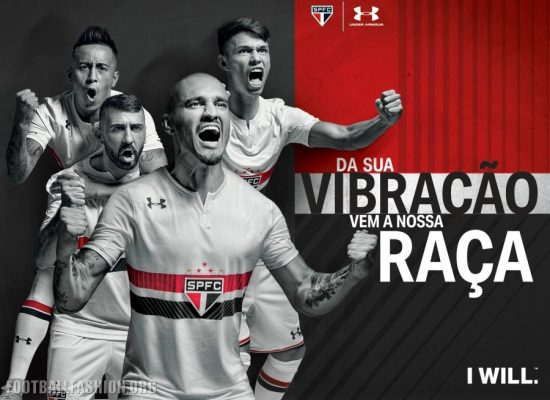 The new shirt will be worn by the Tricolor during their 2017 Campeonato Paulista, Copa do Brasil and Campeonato Brasileiro Série A seasons. It will make its match debut when São Paulo meets Cruzeiro in Copa do Brasil action later this evening at the Morumbi. 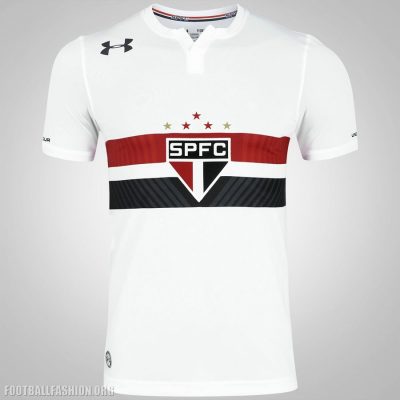 São Paulo’s 2017 UA home jersey maintains their traditional all white based with red and black horizontal bands at the mid-front. This year’s shirt has tonal lines within the bands that follow the outline of the SPFC crest at their center. 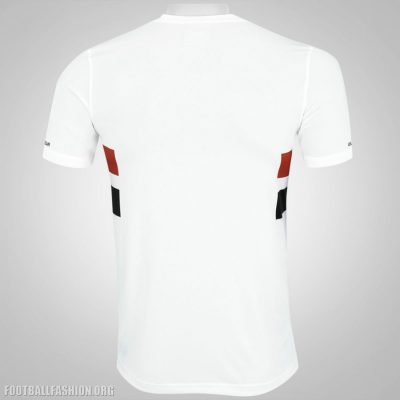 Three red and two gold stars appear above the badge in recognition of São Paulo FC’s domestic and Copa Libertadores titles. The kit has a rounded collar that is split at a buttonless placket at its front. “SPFC” is printed on a red, white and black strip on its inside neckline.