Nike today revealed the England 2017 away kit. It will be on sale from March 22nd at World Soccer Shop, Subside Sports, Lovell Soccer, UK Soccer Shop and Kitbag. 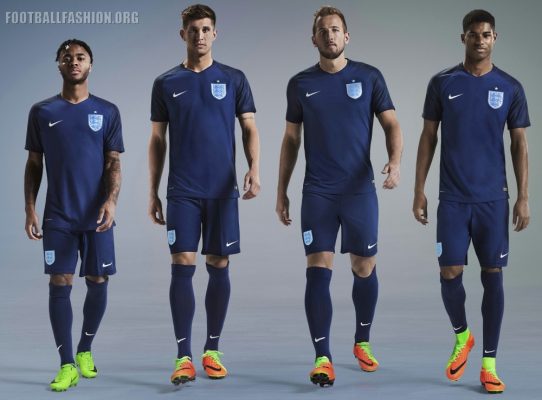 With a traditional navy blue design and a futuristic take on the Three Lions, Nike introduces a new away kit for the England team that unites modern detailing with a clean, classic head-to-toe look. 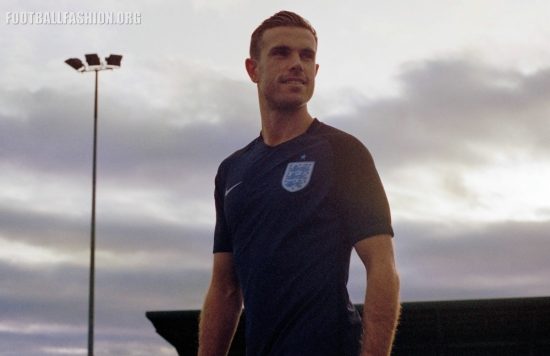 Set to be debuted by the men’s senior team against Germany on March 22, the England 2017 away kit is predominantly in shades of navy blue – a colour originally coined by the Royal Navy and last worn by England in 2012 – with bright flashes of a light blue harking back to the 1990 away shirt. 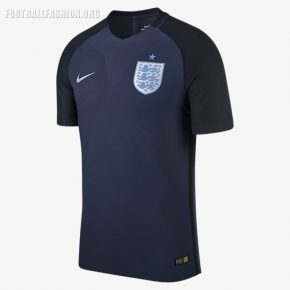 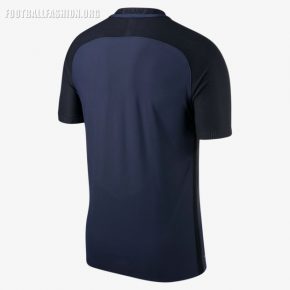 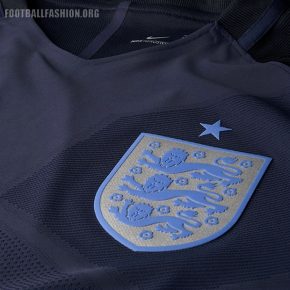 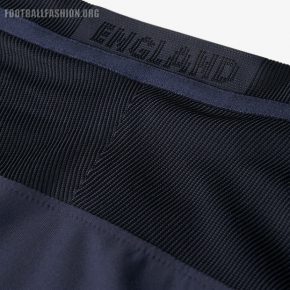 This shade of light blue highlights a re-imagined Three Lions crest on the shirt and shorts, set against a metallic silver that adds a contemporary edge to both crest and Swoosh. Reflecting these modern touches, innovation is at the heart of the new kit with proprietary Nike AeroSwift technology resulting in lightweight, high-performance apparel. 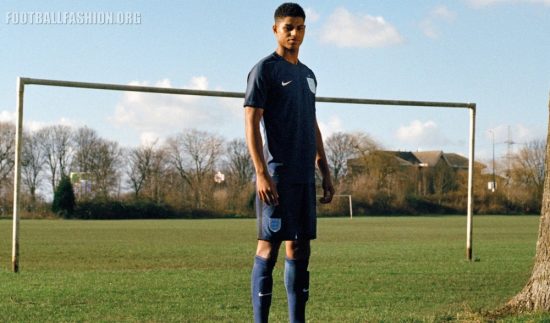 A black vertical stripe runs the length of the shirt and shorts, expanding when the player is in motion to help maximize ventilation and reveal a contrasting flicker in the same light blue that features in the crest and the linear sock graphics.