Real Salt Lake quietly launched their 2017 adidas away kit on Thursday. It will be available at World Soccer Shop, Kitbag and UK Soccer Shop in the lead up to RSL’s kickoff to the new Major League Soccer season against Toronto FC on March 4th. 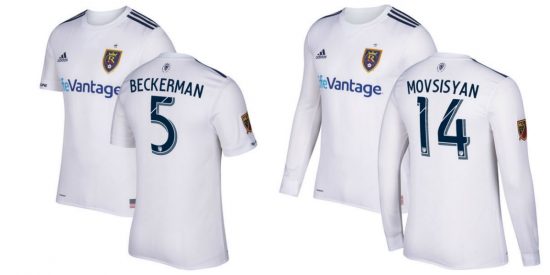 The Real Salt Lake 2017 adidas away shirt sees the Utah club in a clean, mainly white secondary jersey. The kit uses a new design from MLS outfitter adidas that has a ribbed rounded collar with a v-shape below its front. A series of tonal vertical stripes run along the front of the shirt while dark blue adidas stripes add detail to its shoulders. 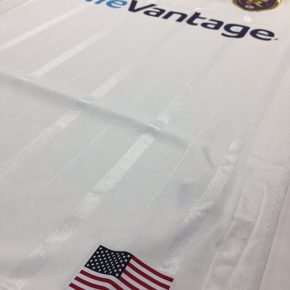 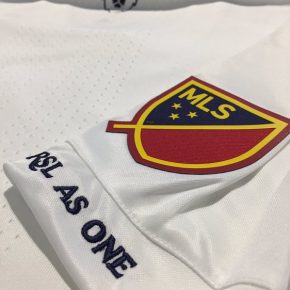 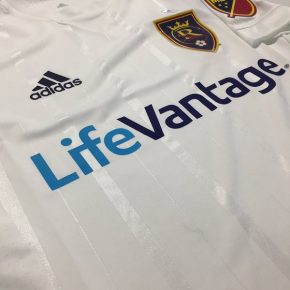 An American flag is printed in the jocktag area of the kit while a silver star sits atop the RSL crest in recognition of the team’s 2009 MLS Cup title. “RSL AS ONE” is embroidered on the right sleeve of the short sleeved version of the Real Salt Lake’s new secondary jersey. 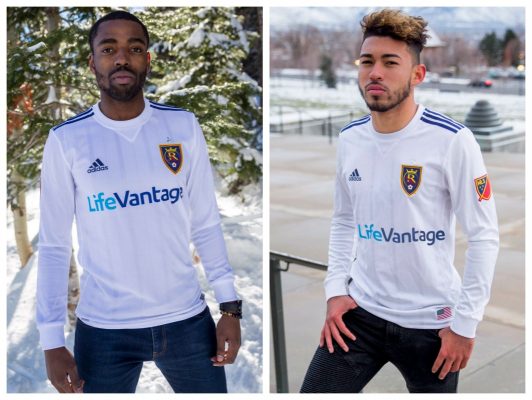