The English Football Association and Nike have announced a new contract extension that will take their long-term partnership through to 2030.

The 12-year deal will continue to see the sportswear giant design and supply apparel to all 24 England teams based at St. George’s Park including the country’s men’s and women’s senior national teams. 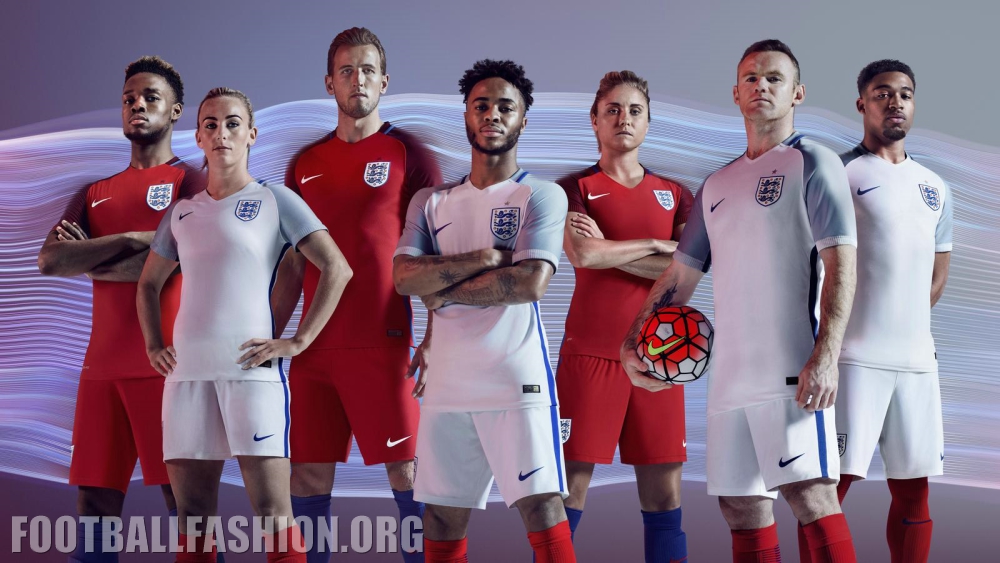 The England UEFA EURO 2016 Nike Home and Away Kits

The FA is a not-for-profit organization and this new deal, effective from August 2018, will represent a significant investment across English football and further support grassroots initiatives and the growth of the women’s game throughout the country.

Mark Bullingham, FA Group Commercial and Marketing Director, said: “We are delighted to be continuing our partnership with Nike until 2030. It was always important for us to secure such a long-term commitment to allow both parties to build an even stronger partnership together.”

“With The FA striving to be a world-class organisation, it’s vital for us to partner with innovative global leaders such as Nike and look to the future together. As well as supplying all of our England teams with state-of-the-art apparel, Nike is a huge supporter of our technical division’s work and of grassroots football across the country. It’s fantastic that this support will not only continue but increase from now until 2030.”

“As a not-for-profit organization, this new deal with Nike will allow The FA to invest even more into the game and make football available for all. I’d like to thank Nike for their continued support of the England teams and English football.”

Trevor Edwards, President of the Nike Brand, said: “The extension of our partnership with The FA is great news for Nike Football and will see us continue to support English football at every level. We are proud to support The FA with our most innovative products, and foster the participation and development of players throughout England.”

The first England kits to bear the famous Nike Swoosh were launched in 2013. The Three Lions had worn shirts from fan favorites Umbro from 1984 until then.

England’s greatest achievement to date in Nike kits is a third-placed finish at the 2015 FIFA Women’s World Cup. The men’s team failed to emerge from the group stage of the 2014 World Cup in their first foray in a major international competition in Nike jerseys.