The mainly dark blue jersey recognizes the 463 players who have represented the club during their Costa Rican Primera División campaigns from 1949 to 2016. The names are written in white to form a sash on the front of the jersey.

The Saprissa 16/17 third shirt uses the same Kappa design as 2016 “El Monstruo Morado” (The Purple Monster) home and away kits. It is accented with white and claret at its collar and sleeves cuffs. The year of the club’s founding, 1935″ is printed on the inside of the collar in claret. 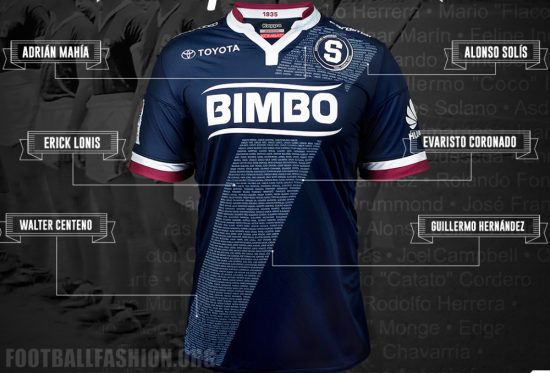