hummel included strong historical references to Viking and Danish symbols in the new shirts. The Denmark women’s 16/17 home shirt is in the team’s traditional red. It has a an armor pattern on its shoulder and chest. 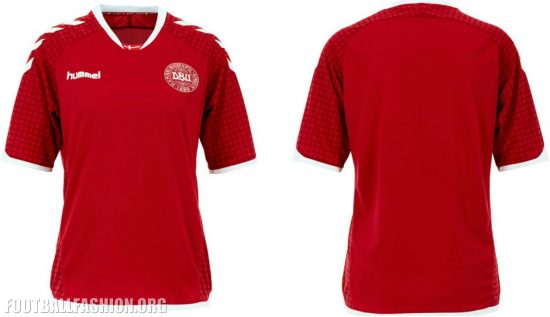 The design is inspired by Viking decorative jewelry and breastplates. The neckline of the jersey is shaped emulate the look that Viking robes produced when worn over the shoulders. A Dannebrog (Danish national flag) is inserted at the front of the collar. 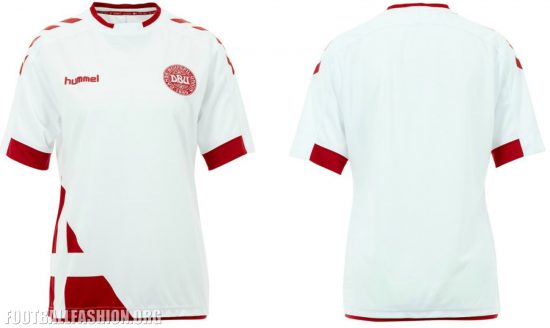 The Denmark 2016/17 hummel women’s away kit is designed to resemble the new Danish men’s alternate shirt. The shirt is mainly white with red detailing. The Dannebrog is placed at the bottom right corner of the jersey. Like the new home kit, hummel’s chevron taping runs along the shirt’s sleeves and sleeves. 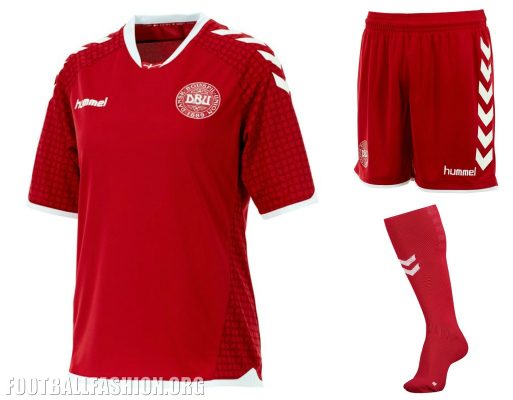 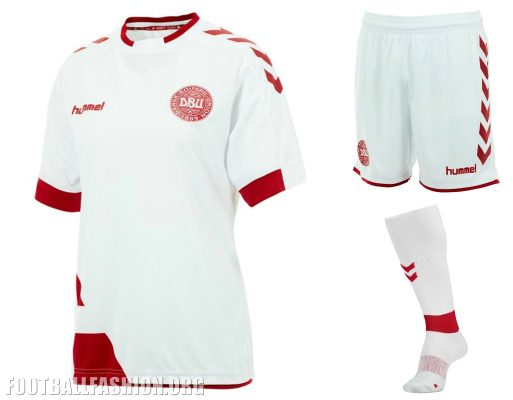