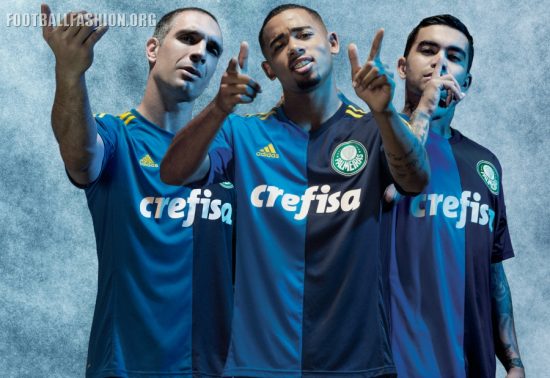 The new shirt features a v-neck collar with light blue and dark blue blocks on its front. The back of the jersey is all light blue. The adidas shoulder stripes and logo on the kit are gold. 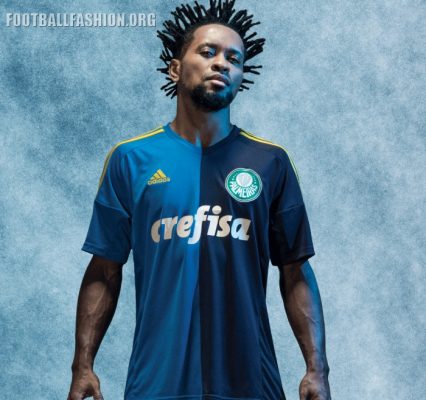 The two halves of blue used on the 2016/17 Palmeiras third kit is based on the shirt worn by goalkeeper Fernando Prass during the final of the 2015 Copa do Brasil. 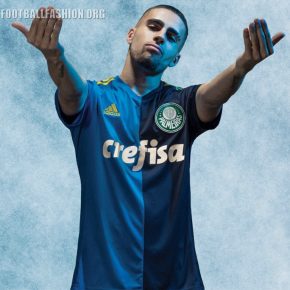 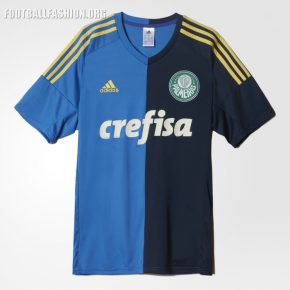 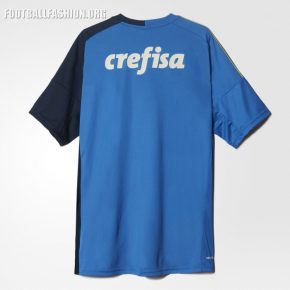 Prass made critical saves during the second leg of the final against Santos to give “Verdão” (Big Green) their third Brazilian cup title.

Palmeiras will wear their 16/17 third kit for select league and Copa do Brasil matches during the ongoing and next season.