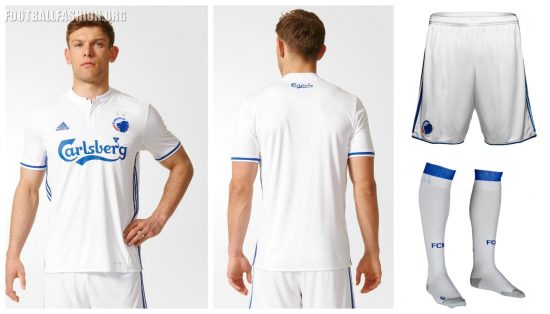 The perennial title contenders in Denmark’s top tier of football are wearing a three kit collection from adidas for their 2016/17 season. While the club’s new third uniform has been worn since February, FCK recently unveiled their 16/17 home and away jerseys.

The FC Copenhagen 2016/17 adidas home kit is in their traditional white. It is detailed in blue at its sleeve cuffs, via adidas striping on its flanks and through its adidas and sponsor logos. The new Løverne (Lions) away shirt is black with a series of three chevrons on its chest. The v-neck collar and shoulder stripes on the jersey are blue.

The FCK 2016/17 adidas home and away kits will be available at UK Soccer Shop. 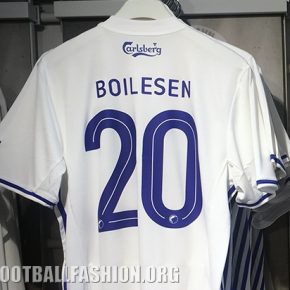