The defending African champions will look to retain their continental title in a new shirt using their traditional orange base with green and white detailing.

The Ivory Coast 2016/17 home kit features a new PUMA design that has a 1990s feel about it via its green polo collar and front neckline. Green PUMA’s T7 stripes run along its sleeves and lead to green sleeve cuffs with a series of white triangles on it. 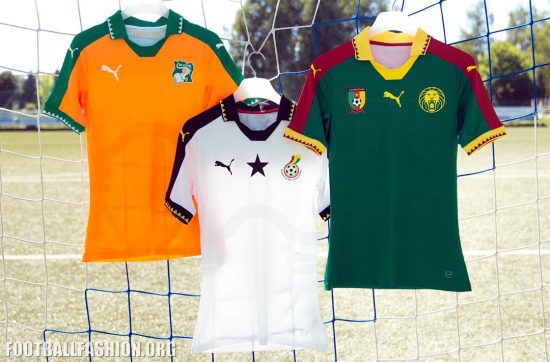 The Côte d’Ivoire men’s national football team’s nickname of Les Éléphants (The Elephants is celebrated by an image of interlocking tusks beneath a block of green on the back of the jersey. 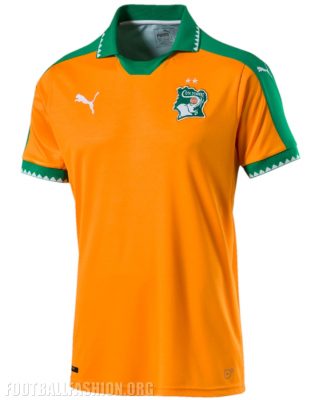 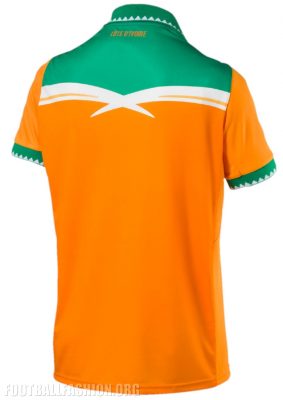