Denmark will release their Hummel 2016/17 home and away kits on September 1st. Ahead of the return of the Dansk Boldspil-Union (DBU) to the Danish firm, Hummel has launched a limited edition all white kit for the EURO 1992 champions friendly with Liechtenstein on Wednesday.

The all white, simple look of the kit represents a new era in Danish football that starts with their quest to qualify the 2018 FIFA World Cup. The shirts worn by the Dane’s during their match with Liechtenstein will be auctioned off with proceeds going to military veterans football side FC Granatchok. 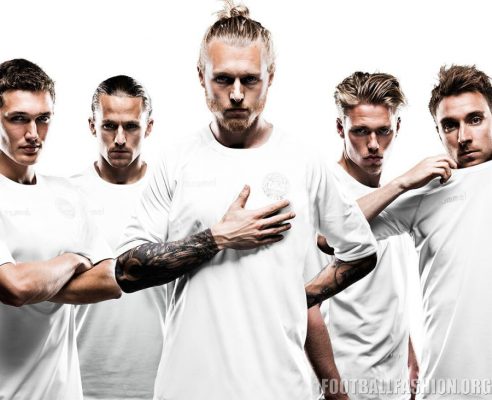 Only 99 units of the all white Denmark 2016 Hummel kit will have been manufactured. They are individually numbered and come in collectors’ boxes. Those not given to the Danish men’s national team will be sold at select shops throughout Denmark.

“It’s time to make new history and to write new tales – and new tales start with a blank page. For the first time ever the jersey is all white – including our logo – as hummel is more than merely a sponsor, we are fans. So it is more important for us to help underline the beginning of a new era, where the Danish national football team will rise again, than to flash our logo. Therefore, we encourage all fans watching the game to wear an all-white jersey to support the team and mark the new beginning,” says hummel CCO Søren Lund.