The A-League team’s new primary jersey was on show on Tuesday as the team also paraded new signing Tim Cahill (best known for his exploits with Everton, New York Red Bulls and the Australia national team) to the press. 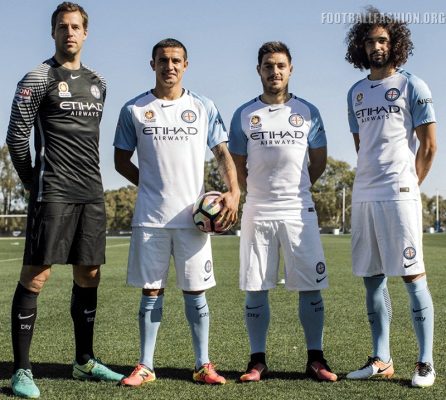 The Melbourne City FC 2016/17 home kit uses Nike’s lightweight and now ubiquitous AeroSwift design in white with “City Blue” on its sleeves and shoulders. The accompanying socks are also in the lighter shade of blue as are the shirt’s ventilated side stripes and player names and numbers.

The Nike Swooshes on the uniform are in dark blue and match with a band that runs along the back part of the shirt’s rounded neckline.