The Toffees’ 16/17 third shirt is in what the club calls “striking yellow”. It has contrasting side and shoulder panels and sleeve cuffs in Everton blue. The Umbro branding and Everton crest on the jersey are also in the team’s primary blue.

The collar of the jersey is a class ribbed v-neck in yellow with blue trim. Its inside neckline has a print of the co-ordinates of Goodison Park along with a graphic inspired by the Bullens Road Stand.

EFC’s 16/17 third shirt will be available at World Soccer Shop, Kitbag, Subside Sports, Lovell Soccer and UK Soccer Shop along with the Merseyside club’s 16/17 home shirt and away jerseys. 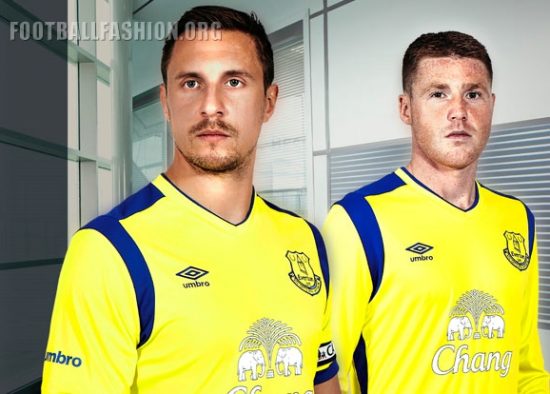