Now in the second year of their technical partnership with Joma, Unione Calcio Sampdoria will wear a three kit collection for their upcoming Italian Serie A and Coppa Italia seasons.

The 1991 Serie A winners’ 16/17 home kit is in classic Sampdoria blue with the club’s trademark chest band in the white, black and red of the Blucerchiati crest. The appearance of the band is replicated on the jersey’s modern v-neck collar and sleeve cuffs. 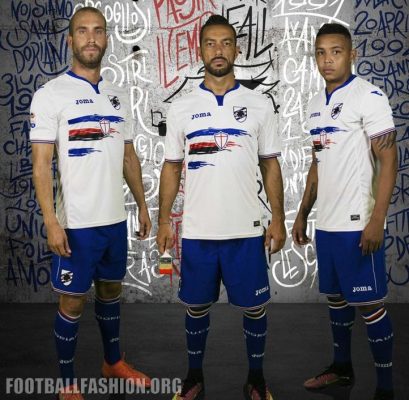 The Samp 2016/17 Joma away kit has a white base with a series of lines in the team’s colors. The lines have a paint effect to them. The shirt uses a new Joma y-neck design that is shared with the light blue Sampdoria third jersey. Worn this week during Sampdoria’s 3-2 Joan Gamper Trophy loss at FC Barclona, the change kit includes the team’s white, red, black and blue on its fronts in the form of a series of stripes. 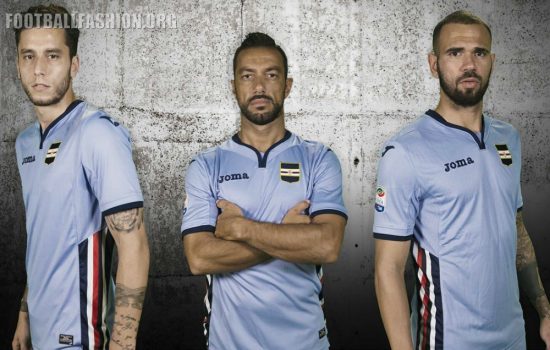 Available soon at the World Soccer Shop, Kitbag, Subside Sports and UK Soccer Shop Serie A stores, all three kits feature the print “SOLO LA SAMPDORIA” (Only the Sampdoria) on their inside necklines. 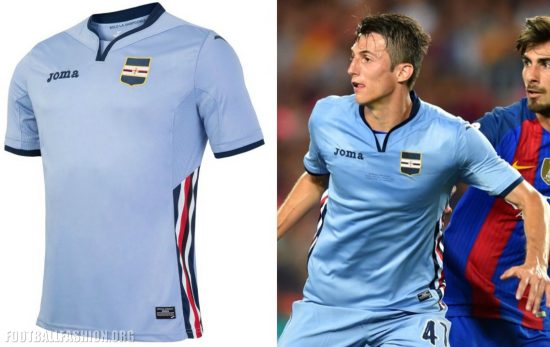