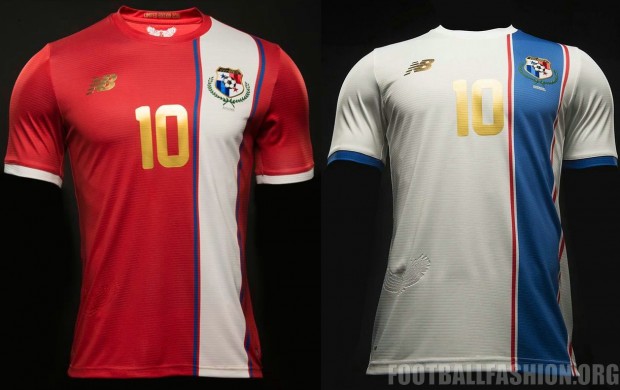 Last year’s CONCACAF Gold Cup third placed finishers will wear a primary shirt in their usual red base for the 100th Anniversary of the South American championship. For the first time the Panama home jersey will feature a vertical band running on its left side. It is in the white that is an integral part of the Central American nation’s flag with blue borders. 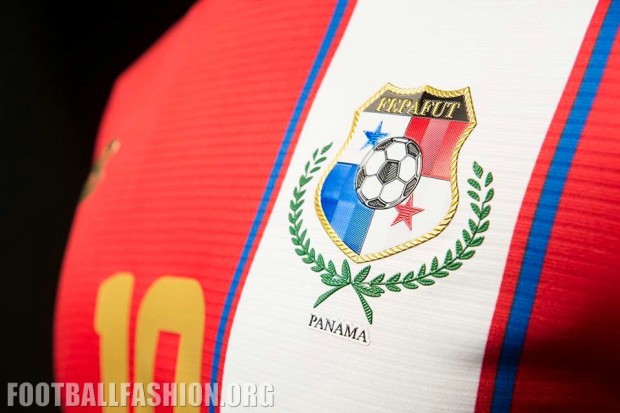 “Panamá” is printed on the outside upper back in white. “Limited Edition 2016” appear on the inside back collar to note the exclusivity of the kit to the Copa America competition. An embossed eagle (Panama’s national bird) appears on the lower front right. 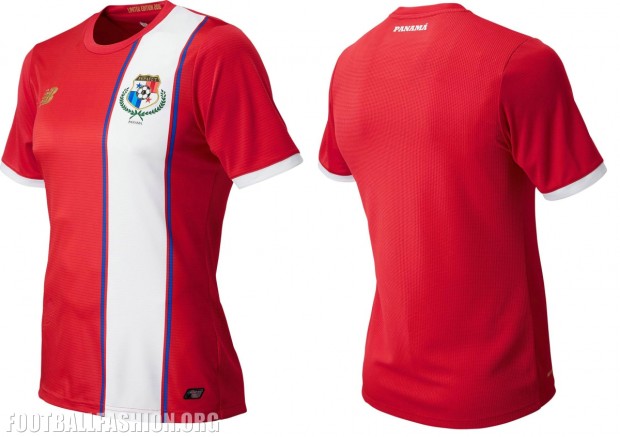 The Panama 2016 Copa America New Balance away kit uses the same crewneck design as the home jersey in a white base. The vertical stripe of the alternate is blue with red borders and matches the shirt’s sleeve cuffs. 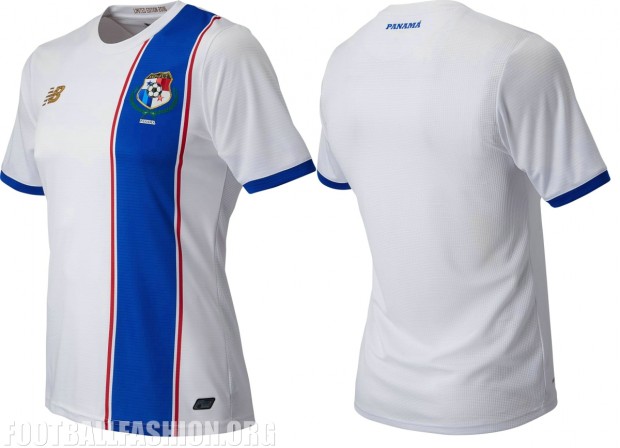