The Federación Costarricense de Fútbol (FEDEFUT) has launched the New Balance home and away jerseys that will be worn by Costa Rica at the 2016 Copa América Centenario.

Both shirts will only be worn at the Copa America and will be limited editions with only 3,500 pieces of each manufactured by NB Football. Both kits are now on sale at World Soccer Shop.

FEDEFUT based the design of Los Ticos 2016 Copa América home jersey on the shirt worn by the Costa Rican team represented the Central America nation at the FIFA World Cup for the first time at Italia 1990. 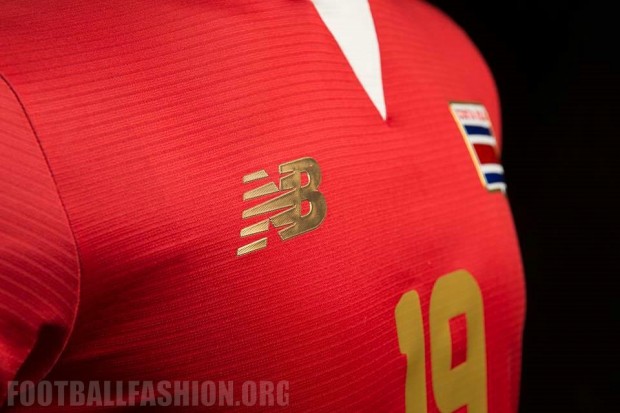 The home kit is in Costa Rica’s usual red with white detailing at the rounded collar and sleeve cuffs. A stylized Costa Rican flag replaced the FEDEFUT crest this time out. The colors of the flag are also included on the sleeve cuffs. 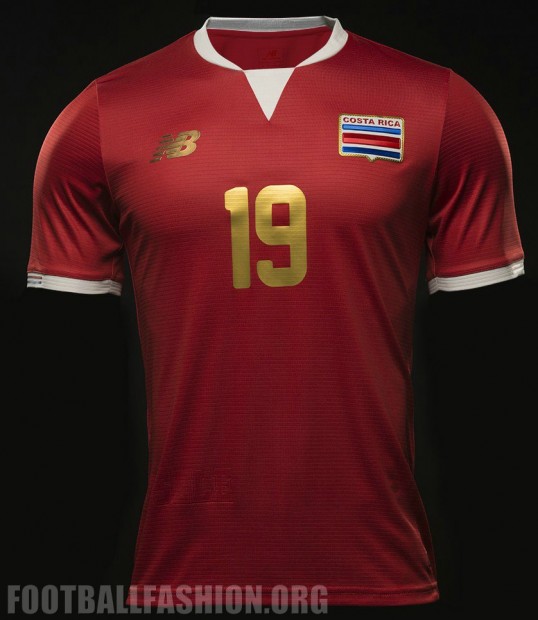 “COSTA RICA” is printed on the signoff area of the shirt while “LIMITED EDITION 2016” appears on the inside collar. The New Balance branding and player names and numbers are all in gold. “LA SELE” (short for “The Selection”) is embossed on the right front. 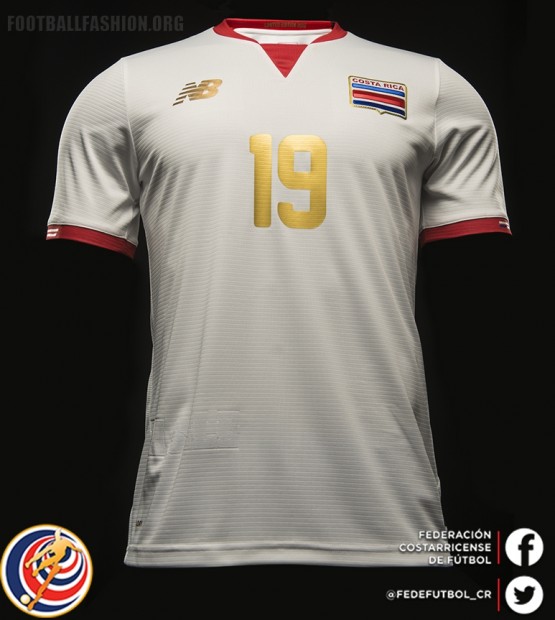 The Costa Rica 2016 Copa América away kit uses the same New Balance design as the home jersey with a white base and red accenting.

The Costa Rica senior men’s national team will debut their new home kit when they meet Venezuela in an international friendly in San Jose on May 27.