NEC Nijmegen are the first Dutch Eredivisie club to release a kit for the 2016/17 season. 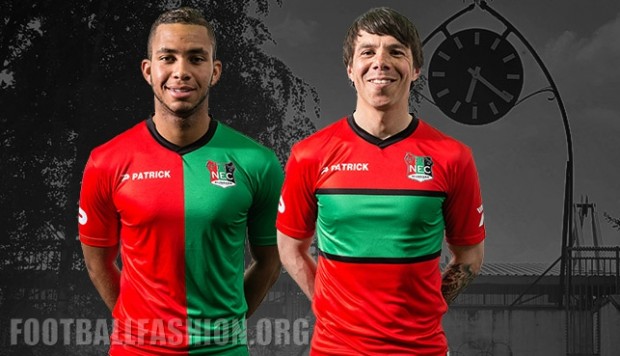 Both shirts were options in an online vote for NEC’s 16/17 home shirt. Since the vote was extremely close, NEC decided to use the two designs for their next campaign. 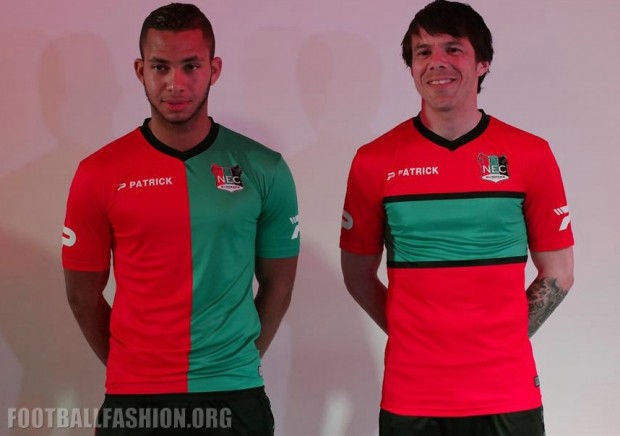 The NEC Nijmegen 2016/17 Patrick home kits prominently feature the club’s traditional red and green. They are detailed in black via their collars and sleeve cuffs. 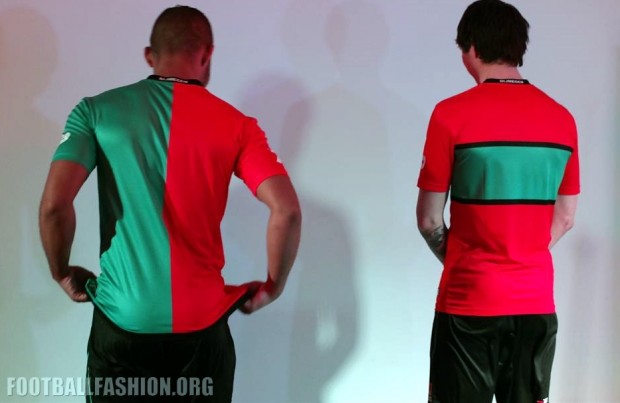 One design uses red and green halves while the other has a red base with a green chest bar bordered in black. They will be matched with black shorts and socks.

NEC are currently in seventh place in the Eredivisie table with three matches left in the 2015/16 season. 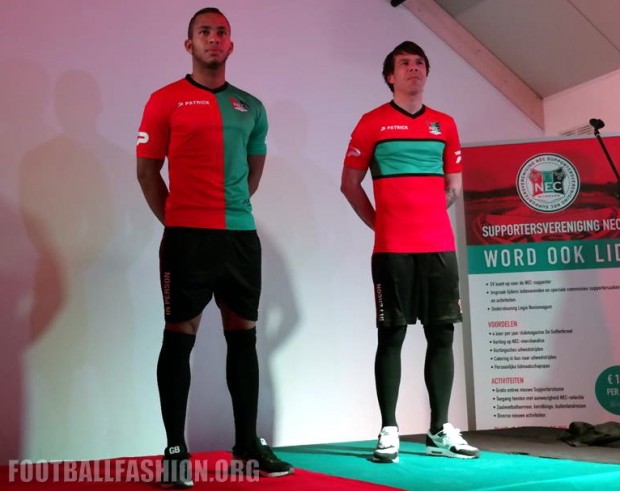 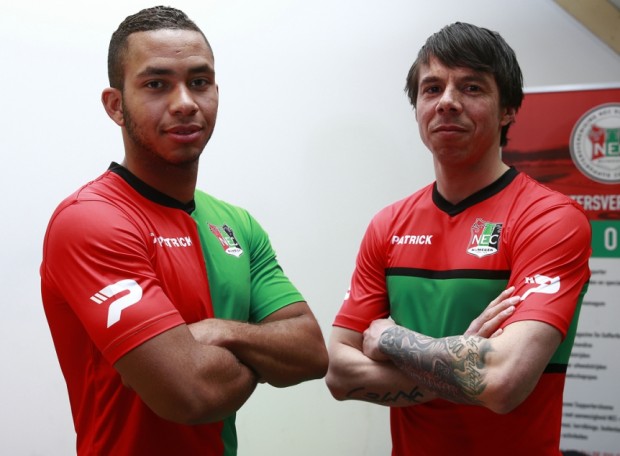