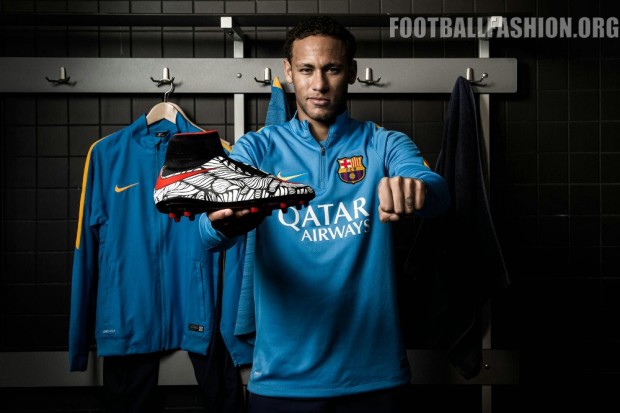 According to Nike: Neymar Jr.’s new “Ousadia Alegria” boots embody an expression the athlete lives by and has tattooed on his calves. Translating to “daring” and “joy,” respectively, these words define both Neymar Jr.’s playing style and his personal mantra.

“I associate ‘Alegria’ with the joy of living and playing football, which I love most, and ‘Ousadia’ in having the audacity to do something different, which people don’t expect to see,” explains Neymar Jr. 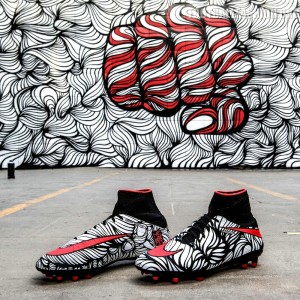 “I created two different images, one for ‘Ousadia’ and one for ‘Alegria,’” he says. “There is a heart and there is a hand, so the idea is intended to be more graphic than a direct message. That is the interesting point of it.”

Bruno Big’s distinct artworks are expanded into all-over prints, which envelop the boots.

“When you take your time to look at them, despite the boots looking the same, they are not,” clarifies Neymar Jr. 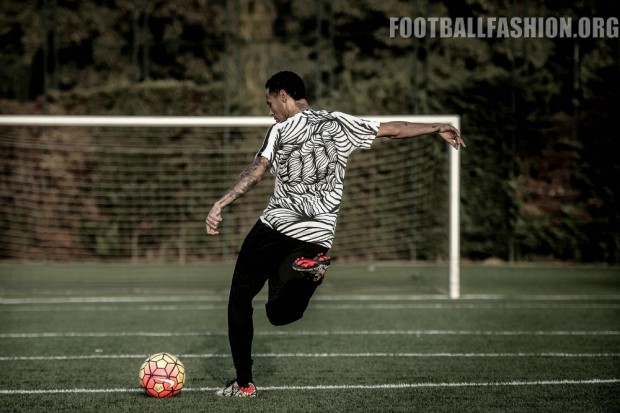 While the graphic is intentionally abstract, the placement is purposeful. On the “Ousadia” boot, fingers wrap around as if holding it. On the “Alegria” boot, the fist is centered where it will make contact with the ball. 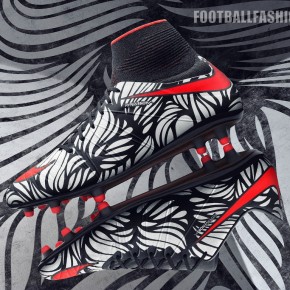 Bruno Big painted a giant canvas of 1,000 shoeboxes to commemorate the “Ousadia Alegria” launch, delivering the first pair to Neymar Jr. personally. The remaining 999 shoeboxes featuring Bruno Big’s art (with the boots inside) will be available on January 31 exclusively via the Nike Football App. The Ousadia Alegria collection, which includes training apparel and two Nike Sportswear footwear silhouettes, will be available beginning February 2 at select retailers including Kitbag, Lovell Soccer and World Soccer Shop. 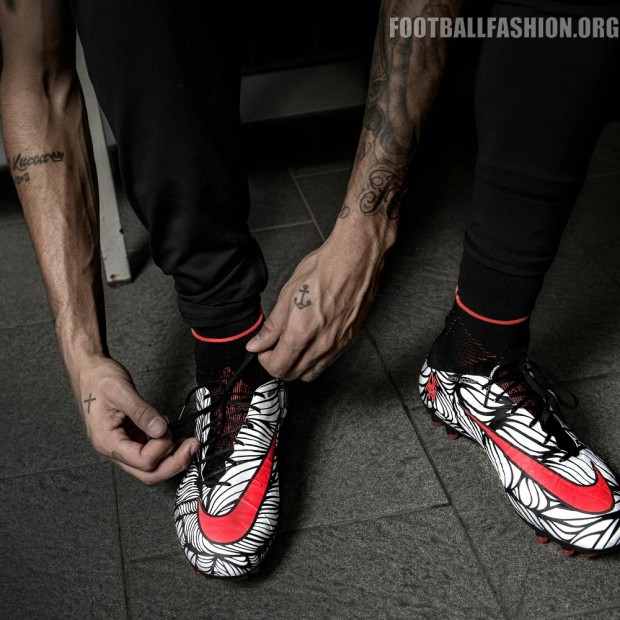