Popular Saudi Pro League side Ittihad FC (also called Al-Ittihad) have unveiled their 2016 Winter home and away kits from adidas. The new jerseys will be worn by the eight-time Saudi Arabian champions for the remainder of their 2015/16 season. 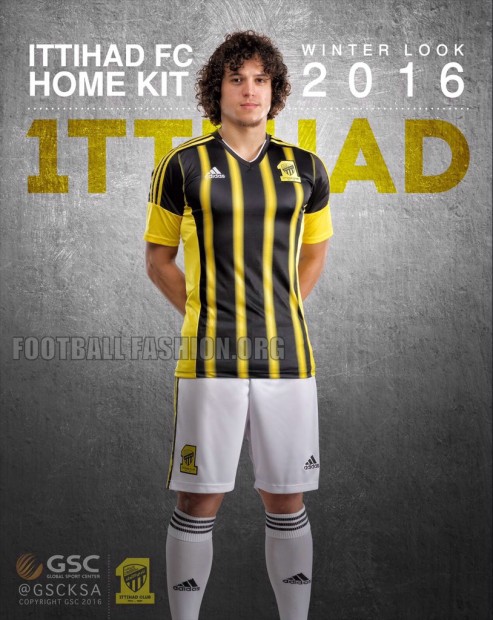 The Ittihad FC 2016 adidas Winter home shirt is the customary yellow and black stripes of the club. Its sleeves feature a half black and half white design while its side panels are yellow. The new Ittihad away jersey has a white based with black and yellow detailing. A series of gray vertical waves run along its front. 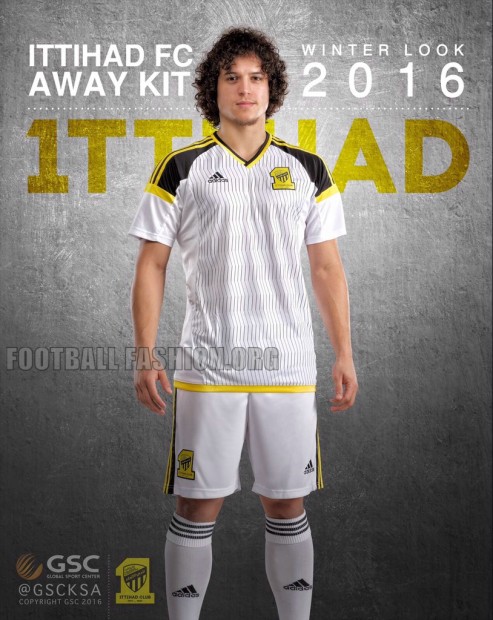 The current club of former Inter Milan and AC Milan midfielder Sulley Muntari, Ittihad FC are currently in third place in the Saudi Pro League after thirteen matches played in the 15/16 season.