Norwich City Football Club have followed the release of their new home kit with that of their Errea 2015/16 away. 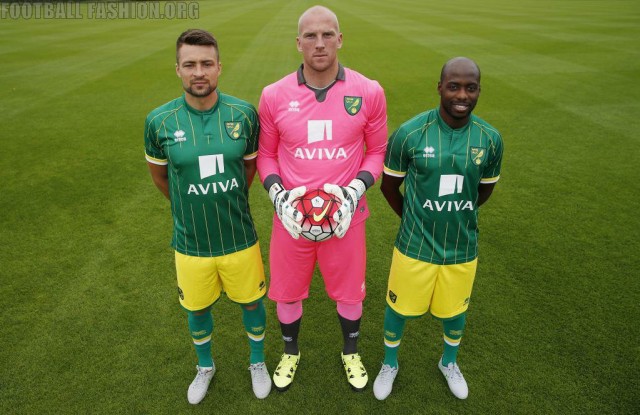 The Canaries will return to the Barclays Premier League with a secondary uniform featuring a green shirt, yellow shorts and green socks. The Norwich City 15/16 Errea away jersey has is features a series of pinstripes in yellow. 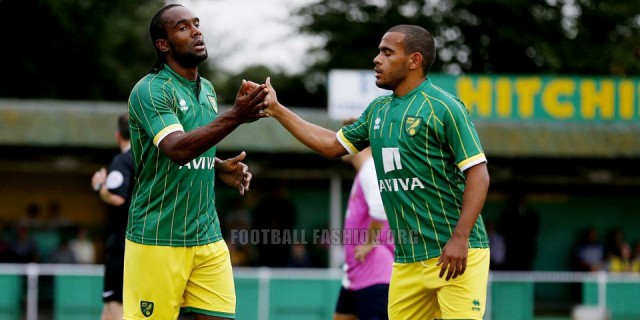 It has a buttoned grandfather collar and sleeve cuffs in white and yellow. The Errea logo on the fron tof the shirt is in white along the text OTBC” on the upper back of the kit. The latter is in reference to Norwich’s song “On the Ball, City”.