Norwich City Football Club have unveiled their 2015/16 Errea home kit for their return to the Barclays Premier League. 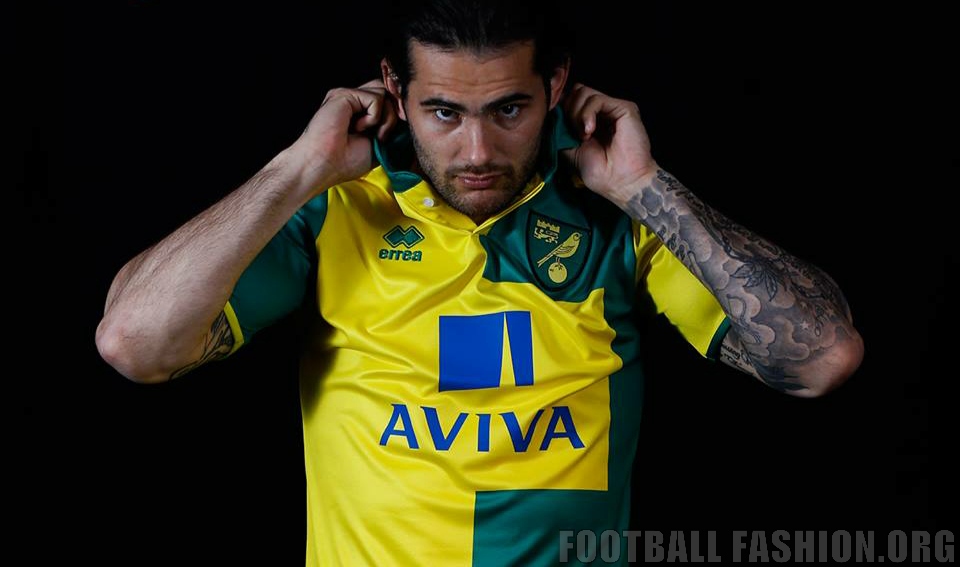 The new shirt is in the familiar yellow and green of The Canaries. It is inspired by the  club’s 80th anniversary at the Carrow Road stadium. 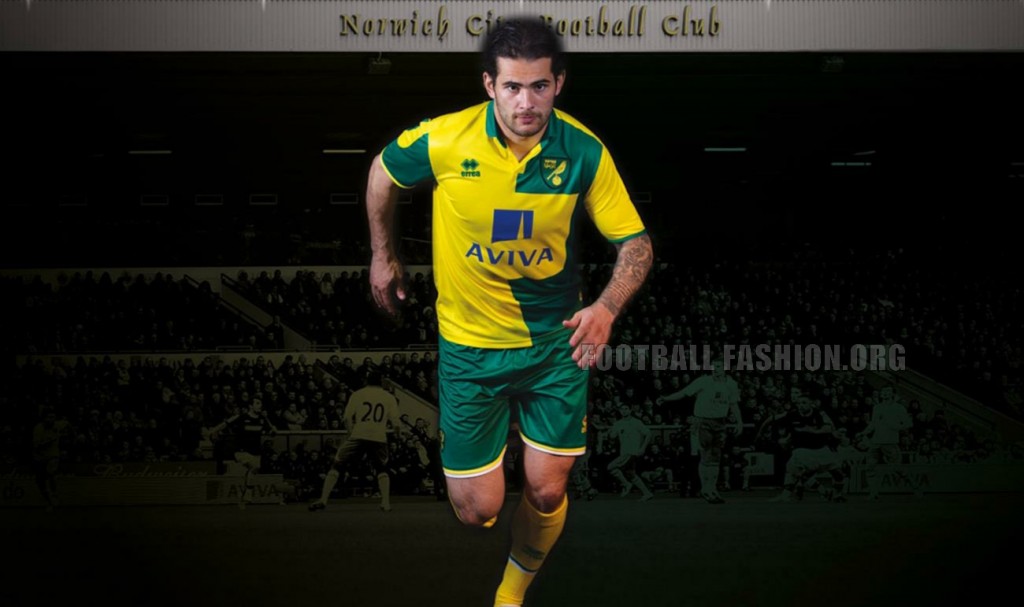 The ‘half and half’ look used for the 15/16 home jersey is a modern re-imagining of the 1927 Norwich City primary kit. The now classic shirt remained in use by the team until 1947 when it was replaced by a mainly yellow top. Its 20 year run was the longest period that any given kit was worn by for in Norwich’s 113 year history.

Steve Balmer-Walters, Head of Retail at the Norwich City commented : “The ethos behind the shirt has come from the kit worn at our first ever game at Carrow Road against West Ham in 1935. With it being the 80th anniversary at Carrow Road this year, we wanted to design a shirt that would truly reflect the club’s history and story.”