La Federación Costarricense de Fútbol (FEDEFUTBOL) and technical sponsor New Balance unveiled the Costa Rica 2015/16 home and away kits on Monday night. They are the first “Los Ticos” uniforms from NB following the end of FEDEFUTBOL’s deal with Lotto Sport. 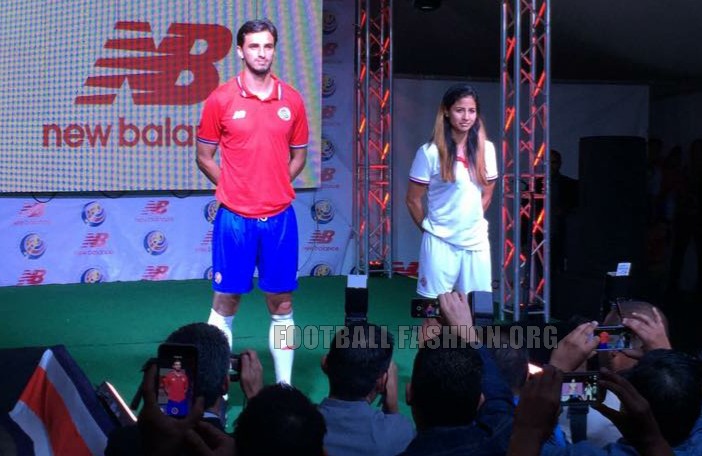 The Costa Rica 2015/16 New Balance home and away jerseys (available soon at Kitbag, World Soccer Shop, UK Soccer Shop and Subside Sports) both use a very classic football shirt style featuring a ribbed polo collar and two buttoned placket. The collar is int he red, white and blue of the Costa Rican national flag. The kits’ sleeve cuffs match the color scheme of the collar. 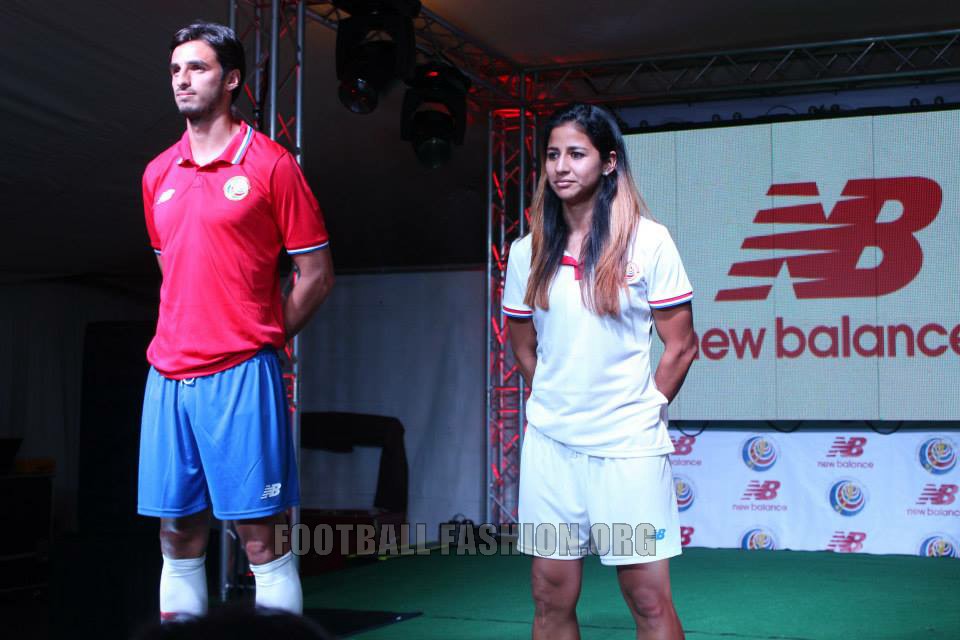 The print “COSTA RICA” appears on the upper outside back of the shirts while a series of vertical bands of added ventilation run along their front and back. Additional cooling is provided via a series of holes on the jerseys’s side panels. 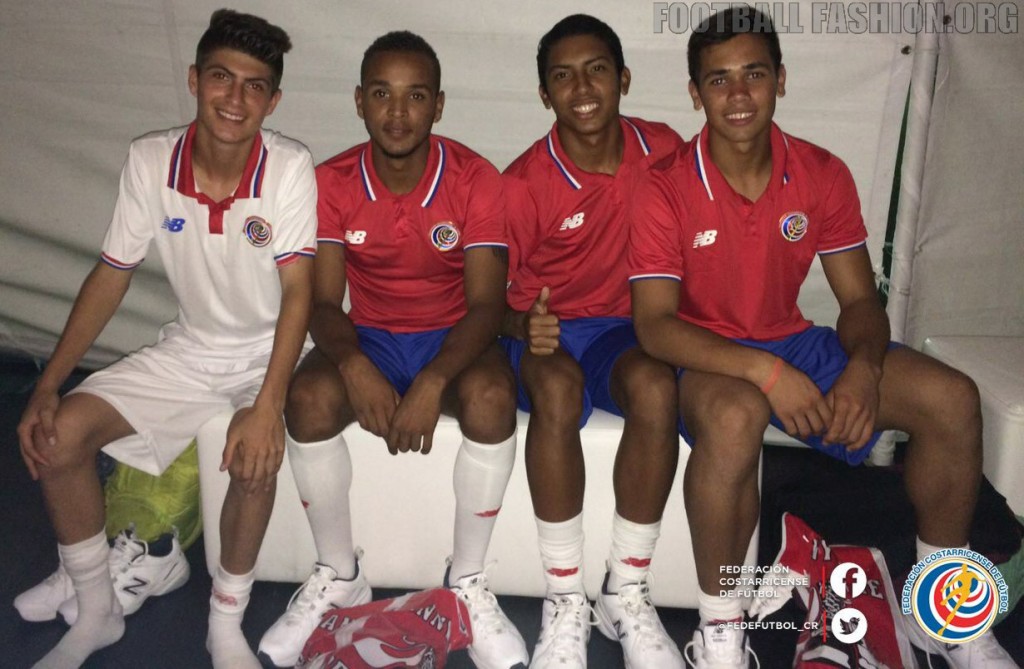 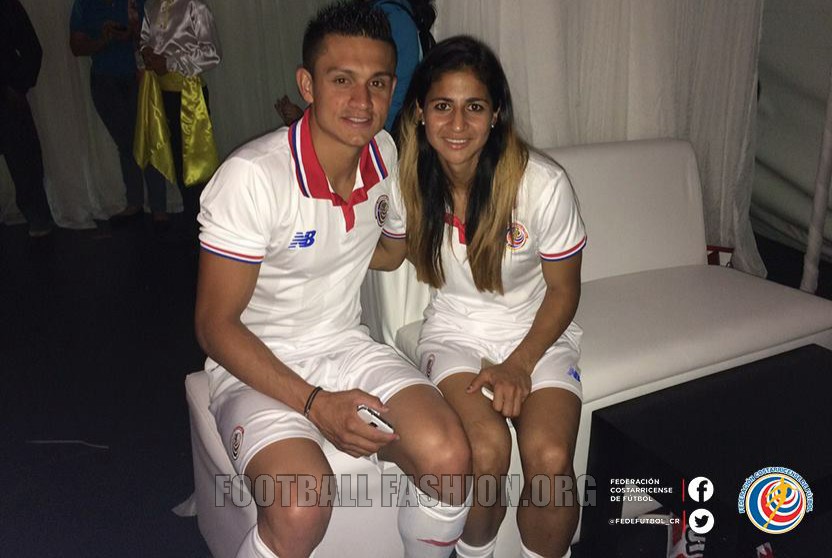 National team captains Bryan Ruiz and Shirley Cruz modeled the new uniforms during their launch along with a series of youth players.

Quarter-finalists at the 2014 World Cup, Costa Rica is currently ranked fifteenth in the world and number one in CONCACAF by FIFA. 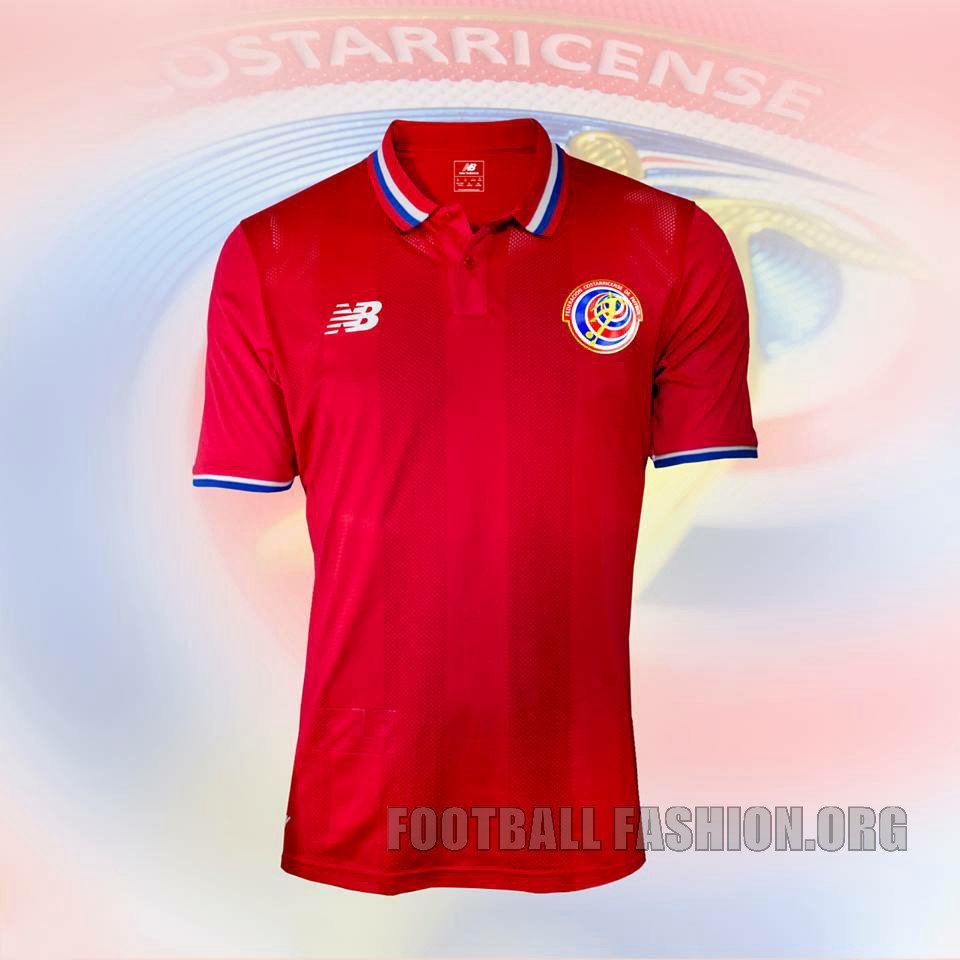 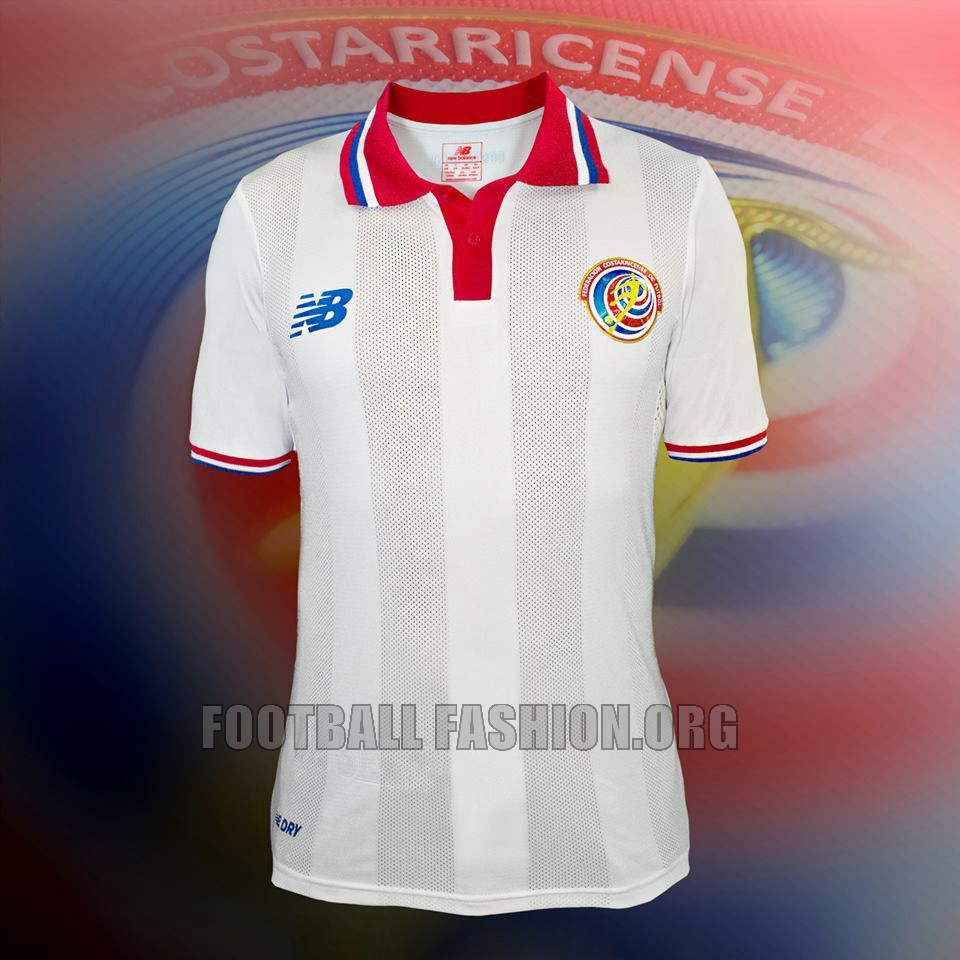 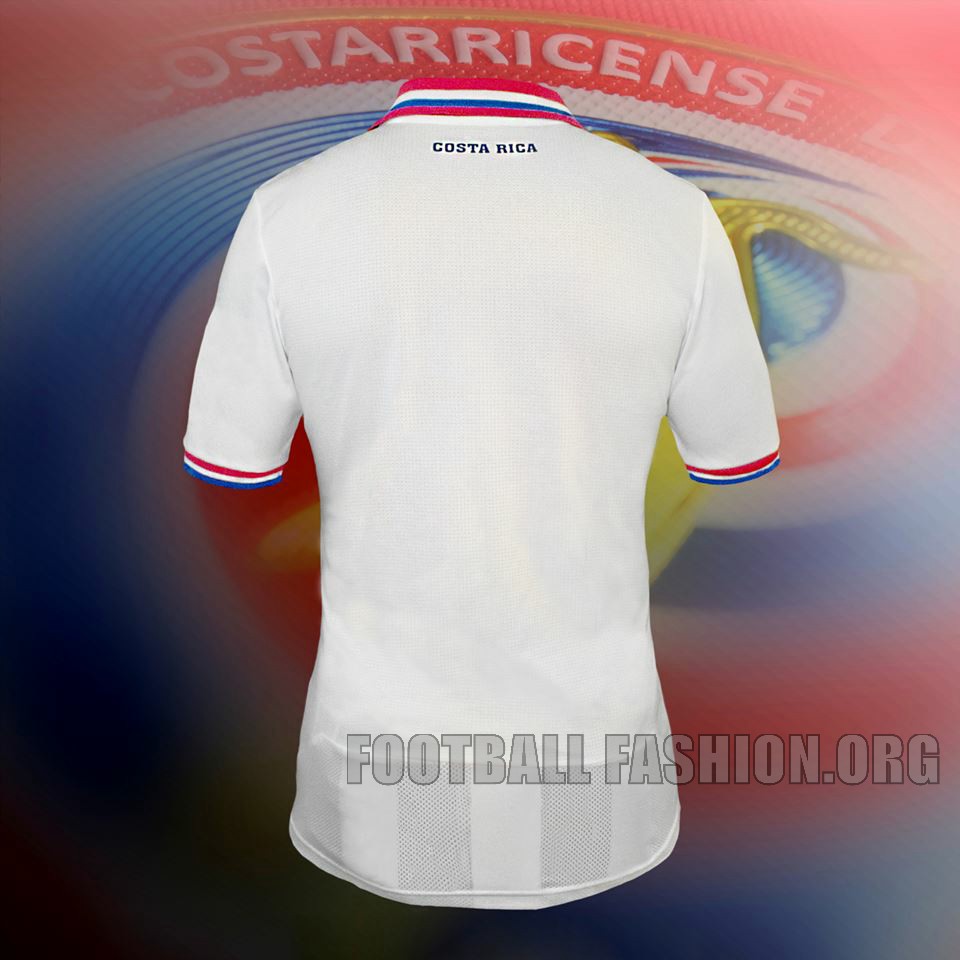