Seemingly set for a mid-table finish in the ongoing Dutch Eredivisie season, FC Twente recently released a special edition 2015 Nike kit as part of their 50th Anniversary celebrations. It is now available at Subside Sports. 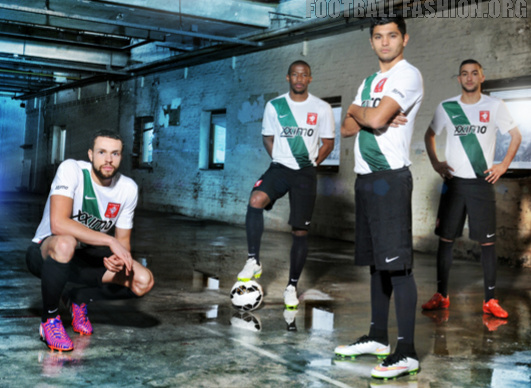 Worn during a league win over SC Cambuur, the latest FC Twente shirt is mainly white. Its key feature is a green sash with a gradient effect on its front. The jersey uses a classic FC Twente crest with the years of the team’s existing (1965-2015) included on it. The kit is completed with black shorts and socks. 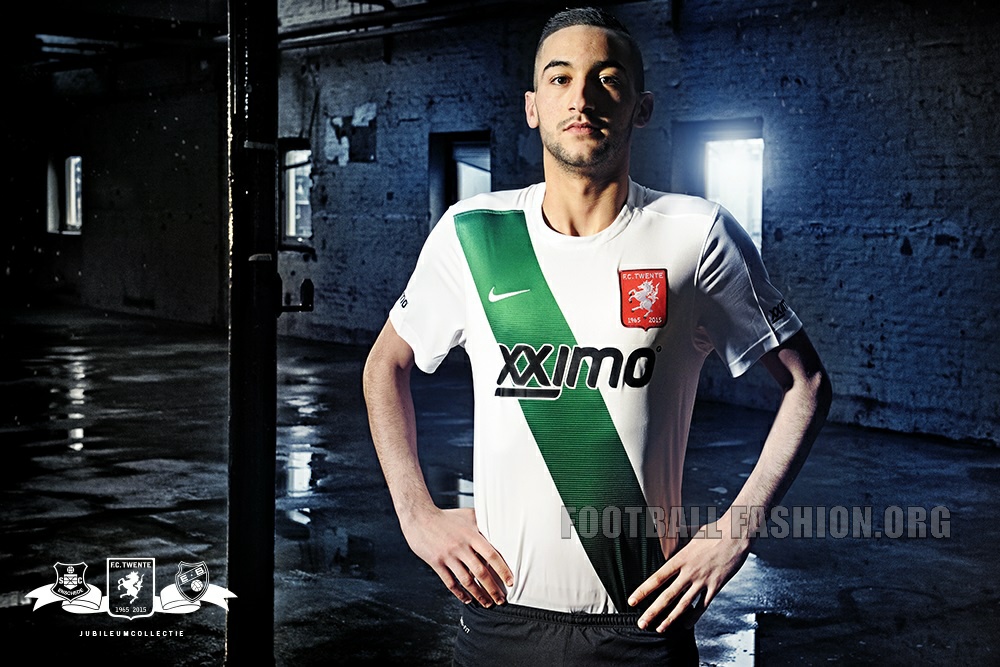 Eredivisie champions in 2010, FC Twente currently have internationals such as Ryo Miyaichi (Japan), Jesús Corona (Mexico) and Felipe Gutiérrez (Chile) on their roster.