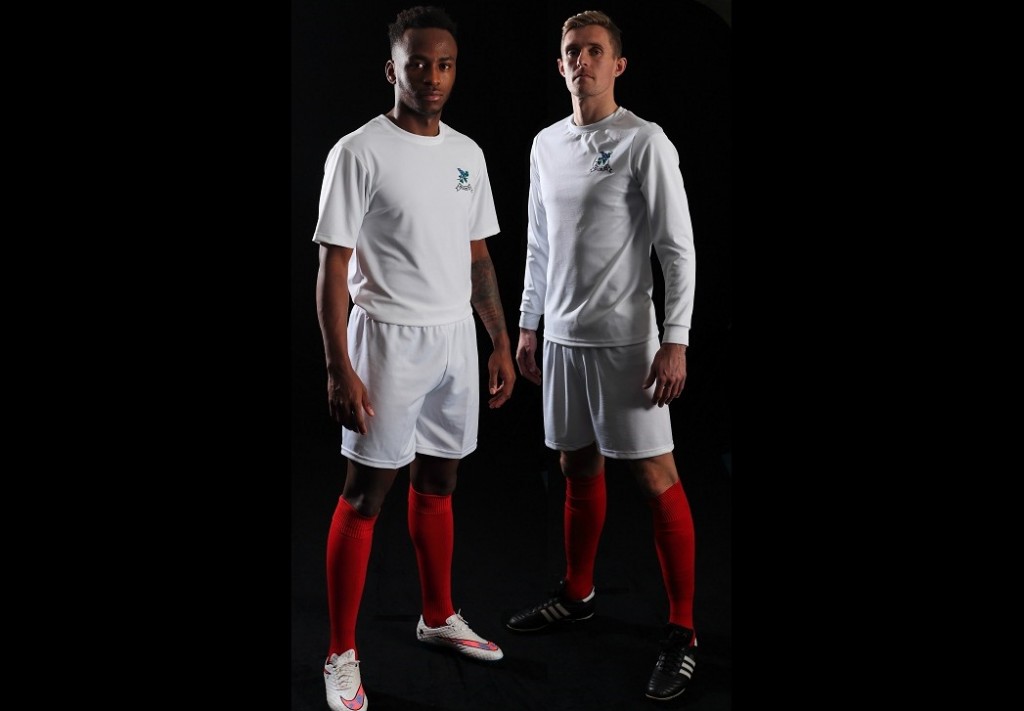 The all white strip was worn by The Baggies at the old Wembley Stadium on May 18th, 1968 when Astle scored to give them a 1-0 win over Everton FC. The victory marked West Brom’s last FA Cup title.

The 2015 version of the shirt will have no player names or branding. Outfield numbers will range from 2 to 11 while the goalie kit will be blank to mirror that worn by Albion keeper John Osborne in 1968.

West Brom worked with 2014/15 technical sponsor adidas for the change of strip. It is part of their “Astle Day” celebration during which a foundation in Jeff’s name will launched by his family. The charity will promote care for sufferers and research and education into CTE (Chronic traumatic encephalopathy). Astle died passed from the disease at the age of 59 in 2002. Match-worn Astle Day kits will be auctioned off to raise funds for the Jeff Astle Foundation.

The West Bromwich Albion 2015 Astle Day kit marks only the second time that the Premier League have give permission for a kit-change. The first was Manchester United’s donning of a 1958 retro uniform in 2008 to mark the 50th anniversary of the Munich air.