New Balance and Scottish Premier League powerhouse Celtic Football Club have announced a kit deal that will see The Bhoys wearing uniforms from the American firm for the foreseeable future. The announcement marks the end of a 10-year technical partnership with Nike. New Balance Football was formerly known as Warrior before a rebranding effort took place earlier this year.

According to NB: New Balance today announces that it will be the official kit supplier for Celtic FC, after signing a long term deal with the Club, in potentially the biggest kit deal ever for the Club. New Balance will supply the team kit, training wear and equipment from the 2015/16 season onwards.

Celtic FC joins a host of other New Balance sponsored clubs from the world’s top football leagues.  With a huge fan base spanning all continents, Celtic FC will be joining with one of the world’s leading sports and lifestyle brands in New Balance.

Celtic FC supports New Balance’s vision to further build on its global presence, while the Scottish champions will have access to New Balance’s extensive global network of retail outlets. This in turn will support the Celtic brand’s own growth aspirations in a range of international market places.

Celtic Chief Executive Peter Lawwell commented:  “New Balance is one of the world’s leading sportswear manufacturers and will cater to the huge global demand for the Celtic FC kit. Importantly, our cultures match well. While New Balance is relatively new to football, its sporting heritage dates back more than 100 years and there is huge excitement around the brand and its ambitions globally. Our supporters are rightly proud of the similarly long and prestigious history of our Club, and both Celtic FC and New Balance look forward to an exciting, long and rewarding future collaboration.” 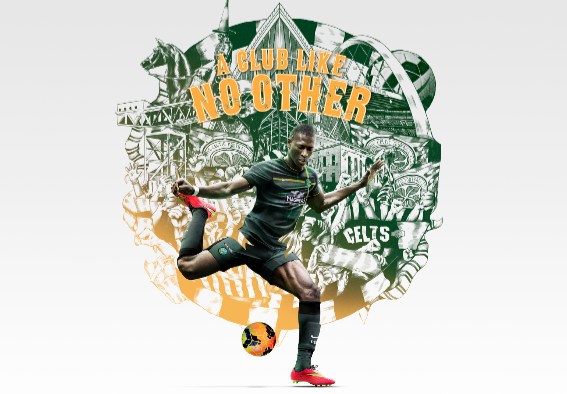 “Once again we are pleased to connect with a brand of such quality and stature and we are sure our supporters will warmly welcome New Balance to the Celtic family.”

Richard Wright, General Manager of New Balance Football, said: “We’re so excited to be working with Celtic FC. The famous green and white hoops are an iconic symbol in football and we can’t wait to collaborate with the club on future ranges of apparel. This deal with Celtic FC will enable New Balance to become synonymous with all that is great about the Scottish game. We’re dedicated to producing innovative products that the players and fans can wear on the way to creating more cherished memories for this great club.”