The new technical sponsorship will see the PSV senior men’s team, Jong PSV, all PSV Academy teams and the PSV women’s team wear Umbro match, training and leisure attire from the start of the 2015/16 season. 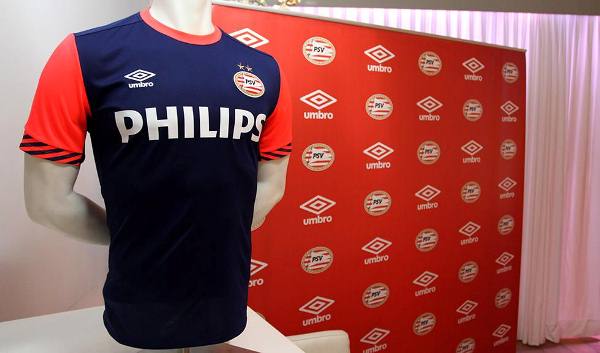 PSV´s technical director Marcel Brands says everyone at the club is delighted to be entering into this new partnership: “Umbro´s approach to quality, design and the technical aspects of the product has far exceeded our expectations. The coaching staff have been involved in the decision over our new kit supplier and have been very impressed by Umbro’s expertise and passion for PSV.

Umbro has designed a stylish and also technical range of product which I am sure players and fans will be proud to wear. We are delighted to be entering into this new partnership and look forward to working alongside the Umbro team over the next five years.”

PSV Eindhoven is the latest big name signing for Umbro. The UK-based firm has inked deals with the likes of Everton FC, Hull City FC, FC Nantes, Gremio and the Serbian national team in the last year.