La Federación Mexicana de Fútbol (FMF) and adidas today unveiled the home and away kits that Mexico will wear during the 2015/16 international soccer calendar. This includes appearances at the 2015 Copa America and CONCACAF Gold Cup tournaments. Both jerseys are now available at World Soccer Shop. 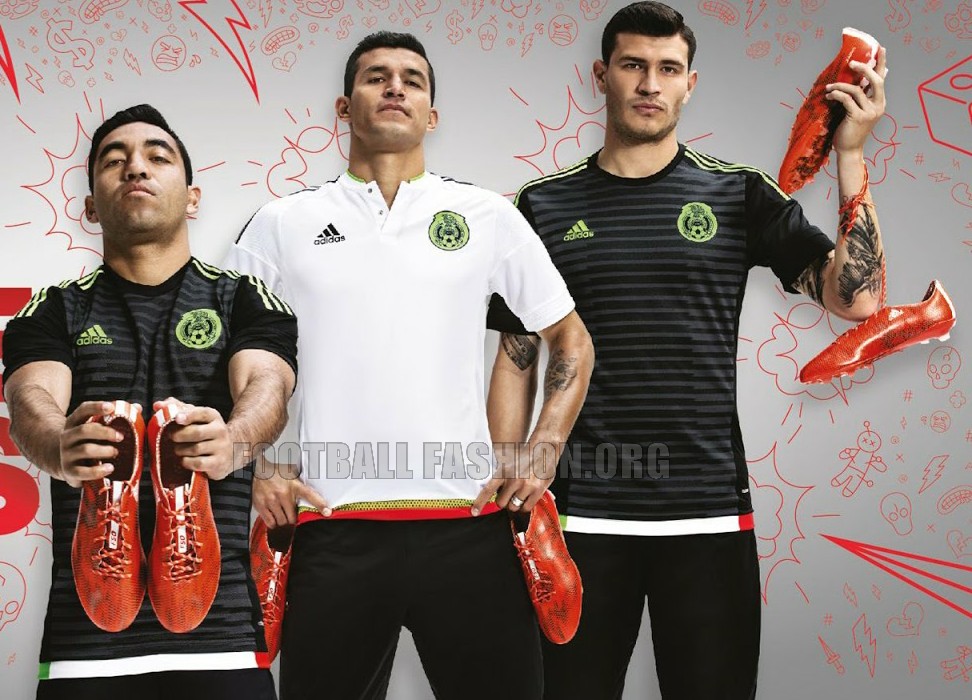 For the first time ever El Tri will wear a home kit that isn’t black. Instead the Mexico 2015/16 primary is a mainly black affair with bright green appearing on its adidas logo, stripes and on the monochromatic FMF crest. A series if horizontal lines runs across the front of the jersey to produce a modern, edgy effect. The text “MEXICO” is printed on the upper outside back of the new Selección Mexicana de Futbol shirt in Aztec-inspired font. Finally, the jersey’s waistline is in the green, white and red of the Mexican national flag. 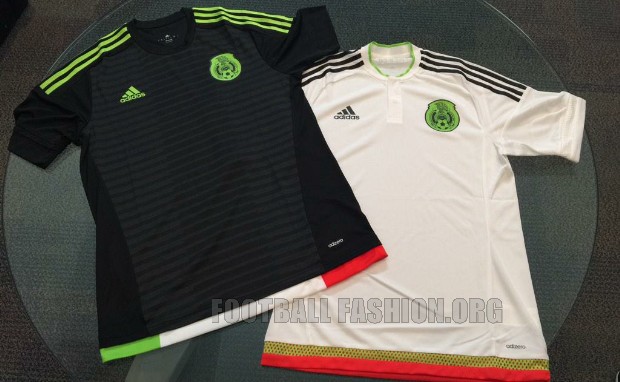 The Mexico 2015/16 adidas away jersey has a white base with bands of green and red forming its waistline. The only other color present on the shirt is the black of its adidas logo and shoulder stripes. It uses an all green FMF crest like the home shirt and has the same stylized print of the word “MEXICO” its back. While the new Mexico home jersey has a crewneck collar the alternate has a single buttoned standing collar.

The Mexico 2015 adidas home and away jerseys will debut when El Tri meets Ecuador, Paraguay and the USA in international friendlies in March and April. 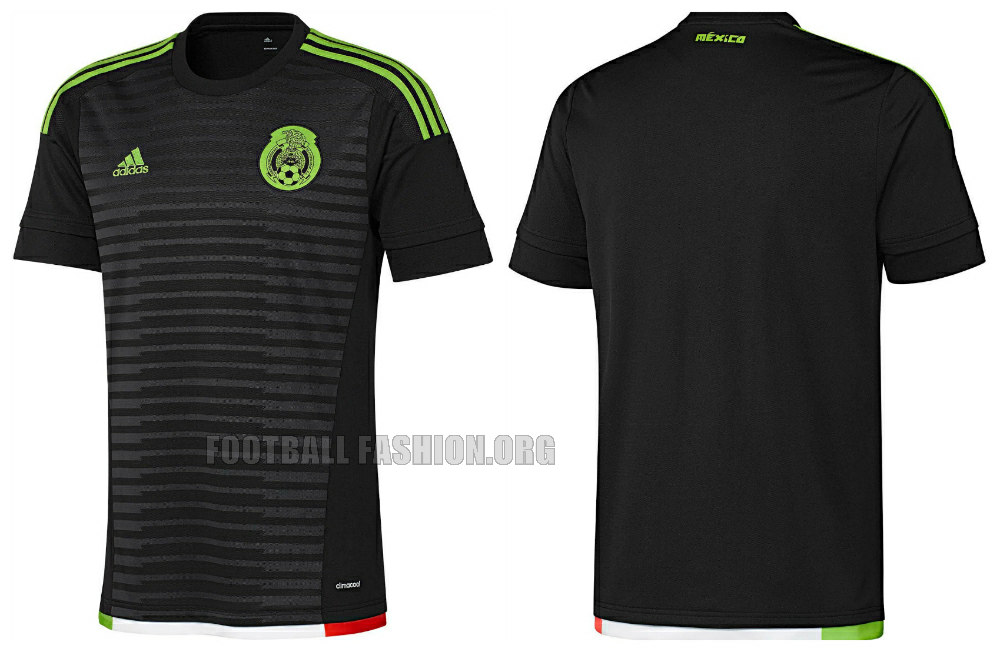 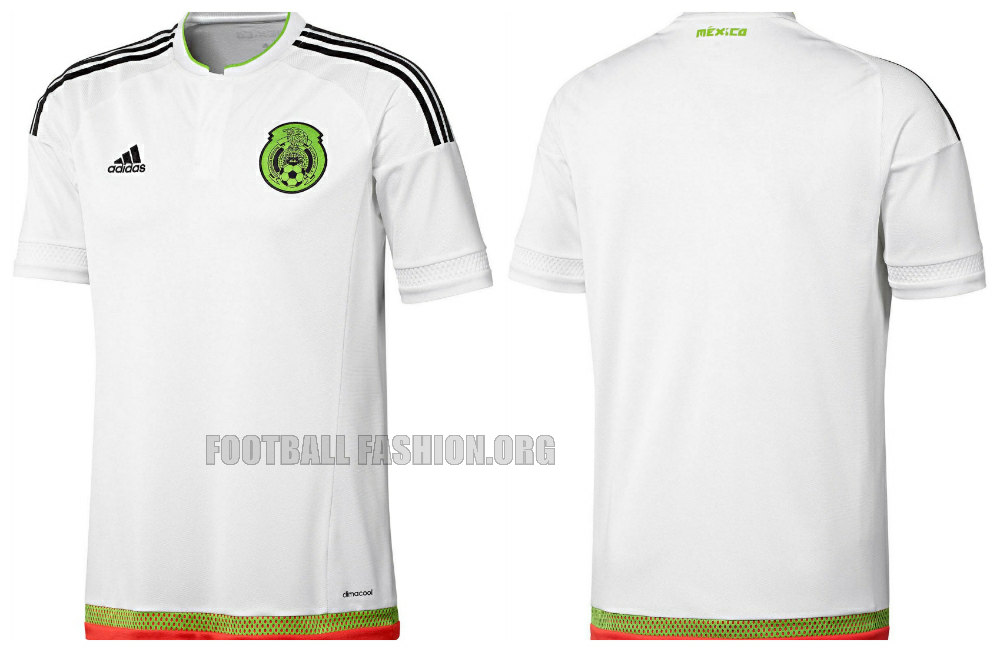 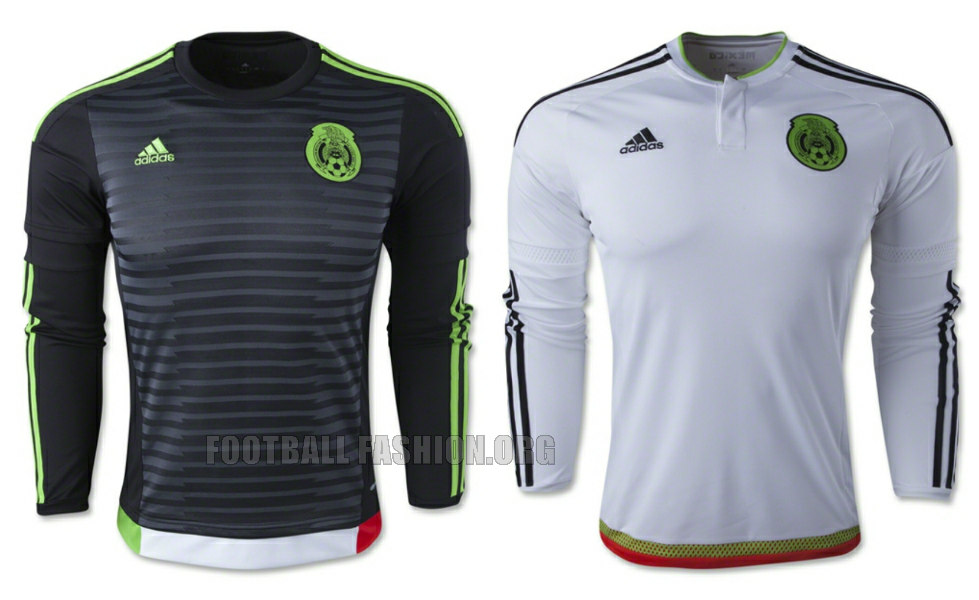