Sixth-placed finishers in the Italian Serie A last campaign, the resurgent Parma Football Club kick off their new season against Cesena on Saturday. 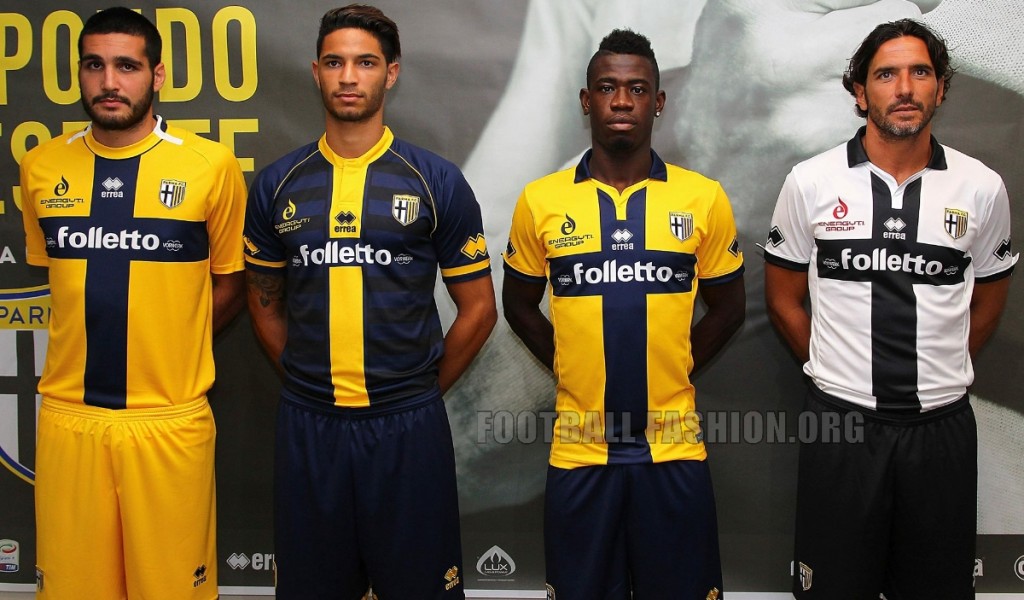 The two-time UEFA Cup (now the Europa League) winners will wear a three kit outfield player collection from Errea during the 2014/15 league and Coppa Italia seasons (the club qualified for Europe but were not granted a UEFA license because of income tax irregularities).

The Parma FC 2014/15 Errea home and third kits use white and yellow bases respectively. Both have a polo collar and Y-neck along with Parma’s famous cross on their fronts. The dark blue third shirt has a yellow Henley collar that continues down to a vertical stripe. Dark blue tonal horizontal lines also appear on its fronts.

The Parma 2014/15 Errea kit collection is expected to be available at the the Kitbag, World Soccer Shop, Subside Sports and UK Soccer Shop Serie A stores.