According to Warrior Football: The new kit has a modern and futuristic design but also takes inspiration from the team’s kit during the 1992/93 season; when insatiable talents of Davor Šuker, Diego Simeone and Diego Maradona were at the club. 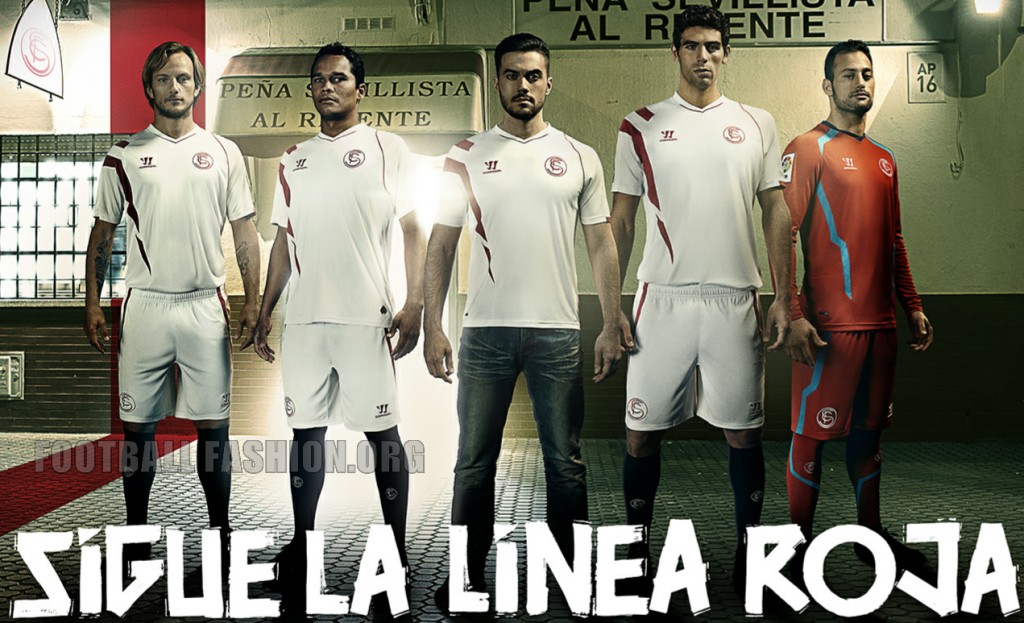 Following a successful first season with the club, Warrior put the fans at the centre of the new kit campaign (#LaLineaRoja), literally, by running a competition to find the most loyal fans to take part. The new campaign shows how the fans are the heartbeat and backbone of the team, with winner Alex Arrabal, a lifelong supporter of Sevilla, modelling the kit alongside the players.

Club captain Ivan Rakitic was happy to see Warrior mixing old designs with new, “I believe with the players we have, we are capable of winning many trophies in the future and I believe this shirt and the inspiration behind it will help us on our way to recognise that goal.” 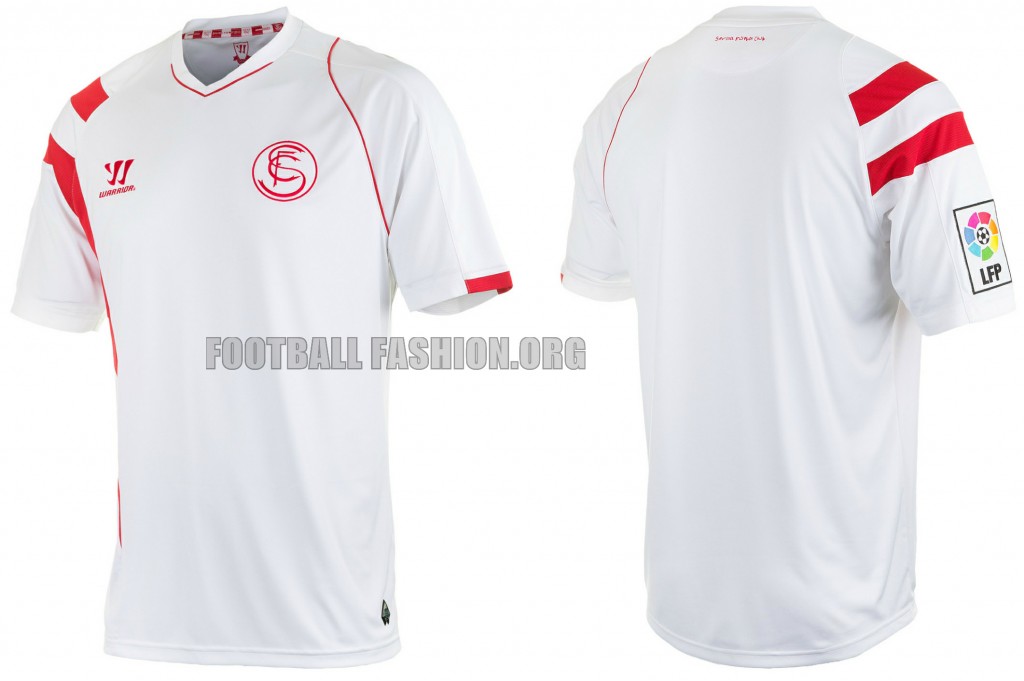 The rebirth of the double red hoops which run around the shoulder of the right sleeve, gives the shirt its classic look. The lower band tails off down one side of the shirt to represent the campaign message ‘Follow the red line’. Jagged red piping over the left shoulder mirrors some of the contemporary architecture that punctuates the Seville sky line. The overall look of the kit is finished off with the traditional white shorts with red flashes, completed with the trademark black socks. 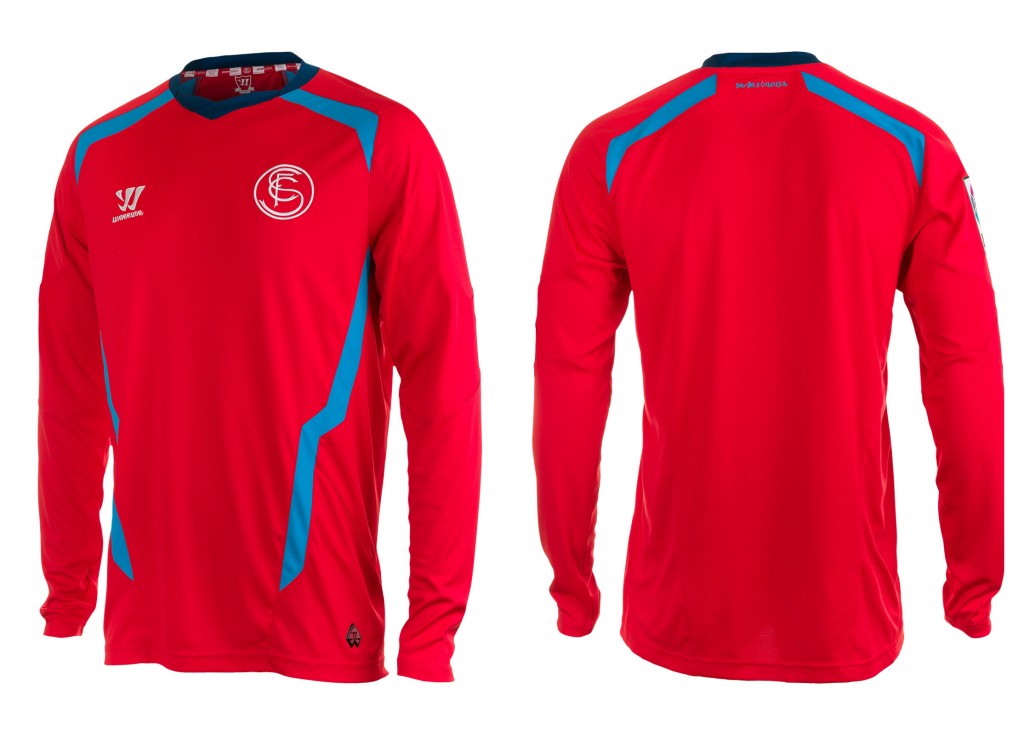 Sevilla coach Unai Emery wants his team to go from strength to strength in the new kit, “We’ve had a great first season in the Warrior kit and now I want to go even further. The kit celebrates heritage with the performance features to give the players that extra edge.” 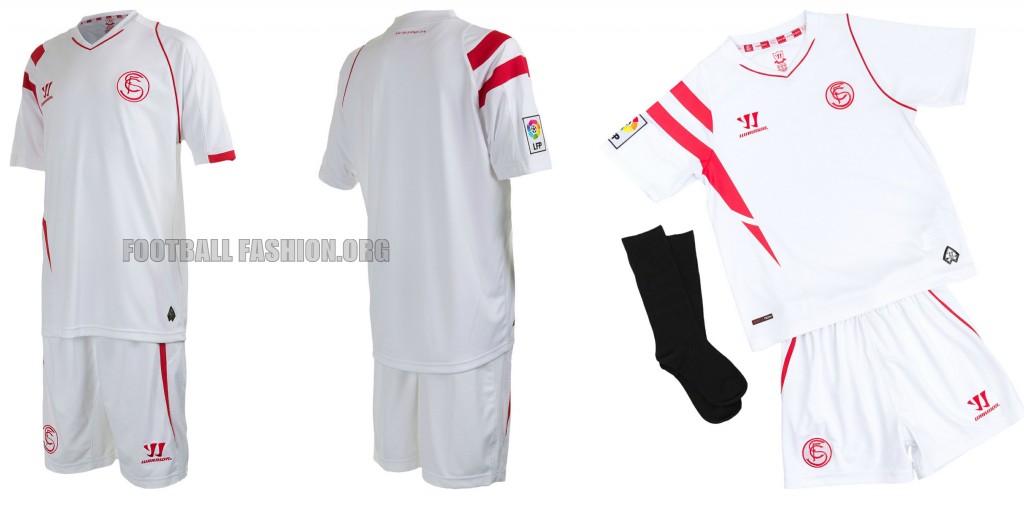 Head of Warrior Football Richard Wright said, “It’s been a remarkable season for Sevilla and Warrior has been honored to have been a part of the clubs surge towards the upper echelons of Spanish football. Sevilla is a traditional club with a forward thinking mentality. I believe the design team has captured those elements perfectly with a kit which reflects the nature of the club, underpinned with a stylish modern look.”

To ensure the highest level of performance, both kits have been designed using Warrior’s revolutionary apparel system War-Tech, highly breathable material with ultra-wicking to keep perspiration away from the skin. An antibacterial finish has been applied to the fabric, slowing down the growth of bacteria on the shirt to help control body odor; ideal for playing in hot climates.