Getafe Club de Fútbol S.A.D. is a Spanish soccer club from the south of Madrid. They’ve been campaigning in the Spanish La Liga for the past few seasons and managed to finish in a very impressive 6th place at the end of the 2009/10 season. As a result, the club nicknmed Los Azulones (The Dark Blues) by its fans are into the Play-off Round of the 2010/11 UEFA Europa League. 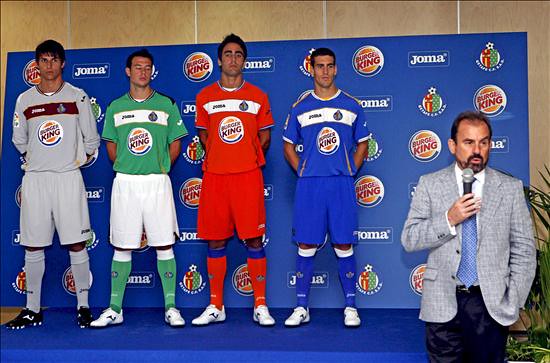 On Wednesday, Getafe launched their Joma kits for the 2010/11 La Liga and European seasons at the Coliseum Alfonso Pérez in Madrid. The Getafe 10/11 home kit is in its traditional blue while its away and third kits are orange and green respectively. 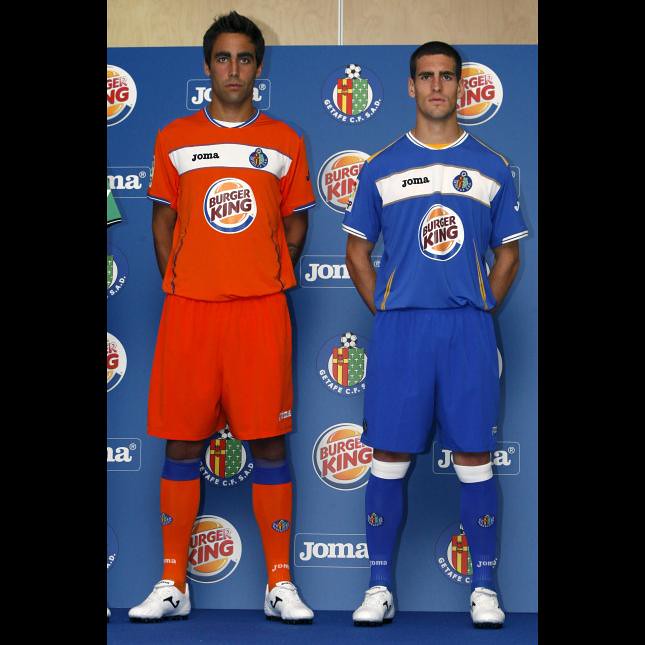